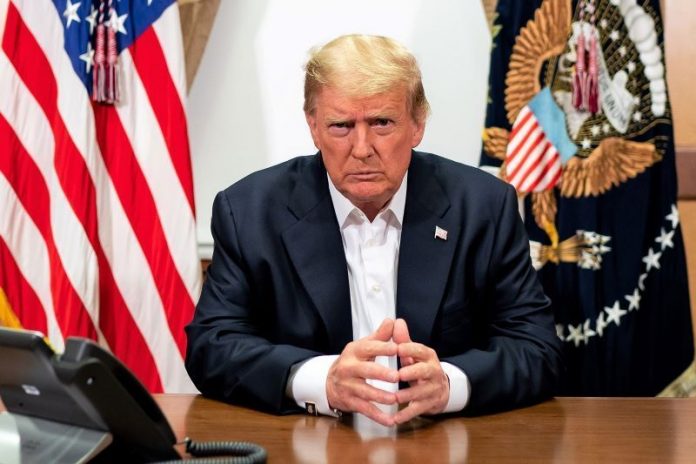 With Joe Biden ahead in the polls, British diplomats are fearful of Irish influence over the former Vice President.

Panicky British diplomats in Washington have been told to ‘dump Trump’ and focus on access to Joe Biden as he is ahead in national polls, according to a recent report in the British publication The Times.

They are particularly concerned about Biden’s close links to Ireland and his warning to Britain not to change the Good Friday Agreement as part of Brexit.

The Times report states: “Ministers have been told to forge links with the White House frontrunner Joe Biden after ‘writing  off’ Donald Trump’s chances of re-election, amid fears that the UK could be left out in the cold if the former vice-president wins.”

One senior member of the UK Tory party told The Times: “They’re writing off Trump in No 10 now.” (No 10 is a reference to 10 Downing Street in London, the headquarters of the government of the United Kingdom.)

Karen Pierce, the British ambassador in Washington, is reportedly “wooing Tony Blinken and Jake Sullivan, Biden’s foreign policy advisers, who are tipped to be secretary of state and national security adviser,” says the report.

The Times report noted that Lord Darroch, the former British ambassador in Washington, said in his recent memoir that Johnson was “fascinated” by Trump and saw him as “a kindred spirit.”

But many of Johnson’s most senior aides “believe comparisons between the two damage Johnson.” His chief advisor, Dominic Cummings has told ministers to “ publicly keep their distance from the Trump administration.”

Further, Biden may hold UK Prime Minister Boris Johnson’s full embrace of Donald Trump against the British. One source told The Times: “They remember that. Democrats also regard Trump as appalling and disgusting and there will be a penalty for people who sucked up to Trump. Angela Merkel didn’t. Macron did and then got tough. The Democrats don’t much like Brexit.”

In a separate column for The Times entitled “There’ll be no special relationship with Biden,” Roger Boyes wrote: “…When all’s said and done Biden is the son of Jean Finnegan and the great grandson of James Finnegan who emigrated from Co Louth in 1850.

“For him, the Irish Catholic will always be the underdog in its dealings with Britain, and the US and the European Union its true defender. The Good Friday agreement set that principle in stone. No one in the Biden team is inclined to give the British government the benefit of the doubt over Ireland’s borders.

“Ireland will be a real sticking point when it comes to negotiating a free trade agreement with a President Biden.”

The price of larger homes on the up