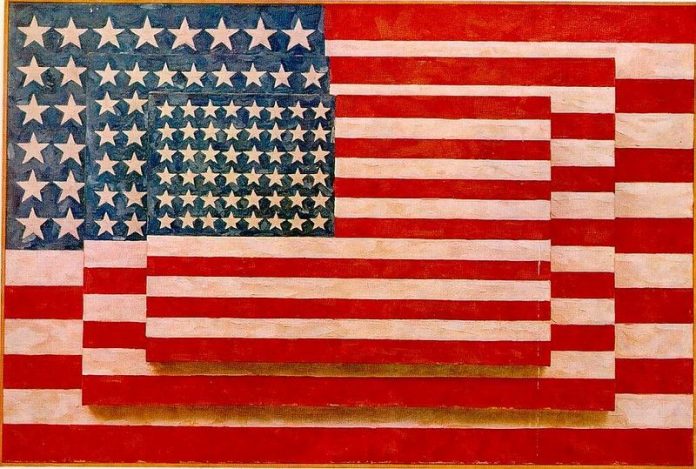 When did displays of patriotism become so exclusive? Who owns the flag?

There’s one on every street now, a resident super patriot. A neighbor – usually a man – with the stars and stripes ostentatiously planted out front on his porch or lawn. But where one flag might be enough, he has erected dozens, inhabiting every piece of open space and every vantage point on the approach to his fortress home.

There’s something that doesn’t feel very welcoming about it, isn’t there? It should feel like a celebration of his country and fellow citizens but more often it feels like a middle finger held up instead.

Is wrapping yourself up in the flag a growing ploy to evade criticism?

So when exactly did American patriotism become a weapon to exclude rather than include? When were the stars and stripes so successfully hijacked by the right?

Are we just going to roll our eyes when people who actually don’t like the diversity America stands for – or over half the people in it – choose to wrap themselves up in our national flag in a blatant attempt to confound and silence their critics?

If you pick a fight with me, you’re picking a fight with America. That’s the logic that guides this false flag patriotism. That’s why so many self-interested leaders are still wrapping themselves up in the national flag.

Are people who wrap the U. S.  flag around themselves or hold up the bible (that they don’t read, in front of a church they don’t attend) interested in the rich diversity of America or the salvation of God, or are they are just interested in absorbing their power?

Isn’t it time we named them for the obvious false flag frauds they are?