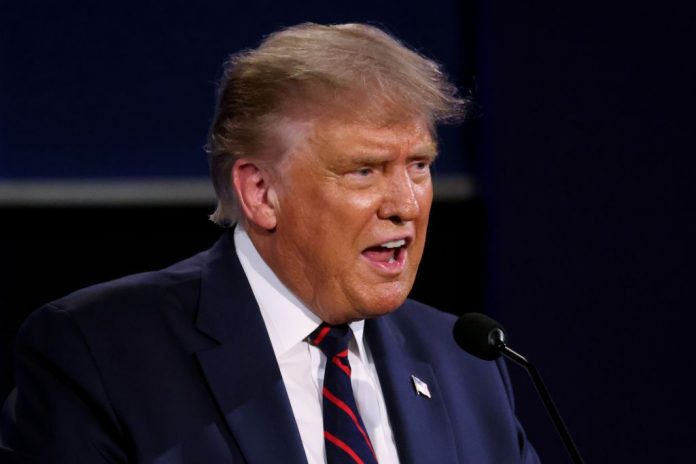 Was it the day that children started being separated from their heartbroken parents by armed guards?

Was it the flash bombs and pepper spray used on peaceful protestors before his walk to a church he does not attend?

Yes, the President of the United States of America contracted the Coronavirus. We should reflect on that fact more. If he cannot keep himself safe from it, hidden from public view in the most locked down building on earth, what chance do you and your family have?

It’s worth asking, isn’t it? I mean, it’s undeniable that he did little to nothing to prepare the nation for the pandemic or even to halt the virus’ spread, insisting on February 28 at a rally in South Carolina that it was just “a hoax invented by Democrats,” whilst privately telling journalist Bob Woodward that he knew it was a highly dangerous, airborne disease.

He has always known how dangerous it is, yet he has refused to wear a mask and he scoffed at people who did. For months he has held un-masked campaign rallies and even at public events in the Rose Garden of the White House. So it was never a case of if, but when.

Bu that’s a special kind of foolhardiness and arrogance, isn’t it? Famously germ phobic and leery of hospitals, you’d wonder about his actions and judgement, since they were always heading in that direction. There’s a wise old saying, what you fear you find. What you ignore you find too, it turns out.

Last month, he contracted the very disease he has long denied, I think we are closer to the end now of this disastrous presidency or America I mean. It isn’t clear to me yet which one will prevail in the end.

Historians will have a job to pick the worst moment of the Donald Trump presidency. Was it the coronavirus pandemic that he knew about and did nothing to prepare us for or try to halt? Was it the deaths of over 220,000 American souls and the the infection of over 7.6 million of us?

Was it the fact that even though he and his wife caught COVID-19, the White House still does not have a contact and tracing plan to contain it, even as they fall ill one by one?

Or was it the scorched earth purges of our systems of government, where all those deemed insufficiently loyal to the fearless leader found themselves isolated or fired, as though this were a developing world dictatorship and not the Unites States of America?

Or was it the moment he set the U.S. military on the American people, tear gassing them and asking to use a laser heat ray that makes human skin feel like its burning, simply to get a cynical photograph of himself holding up a Bible (a book he clearly does not read) outside a church he does not attend?

I could fill this column with outrages that demonstrate his unfitness for high office, but the one I want to focus on this week is one of the most recent.

At his first ugly and chaotic presidential debate, which historians will one day have a hard job deciding which was the lowest point, Trump turned to Vice President Joe Biden and insulted his sons, one dead and one living, to his face.

I want to reflect on that again for a second. It occurred to me, watching it, that I have never seen one man insult another man’s sons to his face, in my life. Like, on what planet does that even happen? How depraved do you have to be to even try it? At the second debate he did it again. It was repulsive.

Loveless. It’s the most unmistakable thing about him. Everything and everyone is a transaction. He’s a tragedy masquerading as success. https://t.co/GILAi7gOCA

I have lived through the Troubles, the AIDS crisis, 9/11, the Iraq war, and various hurricanes and I have never seen a man talk to another man with that unforgettable level of disrespect. It made me want to turn off my TV and take a shower. I felt soiled to have even come within earshot of it.

I’m no shrinking violet, I understand the thrust and parry of political debates. But this was a repulsively personal attack that served no political purpose other to personally wound. I would say it was beneath Trump’s dignity, but it’s clear now he doesn’t have any.

I know that for a certain kind of man, Trump’s cruelty is a feature and not a drawback, but for the rest of us it’s a stain on the office and this nation. If you still support him after all that he has done then we know as much about you as the man you plan to vote for.  The curtain has been pulled back, it’s all on view.