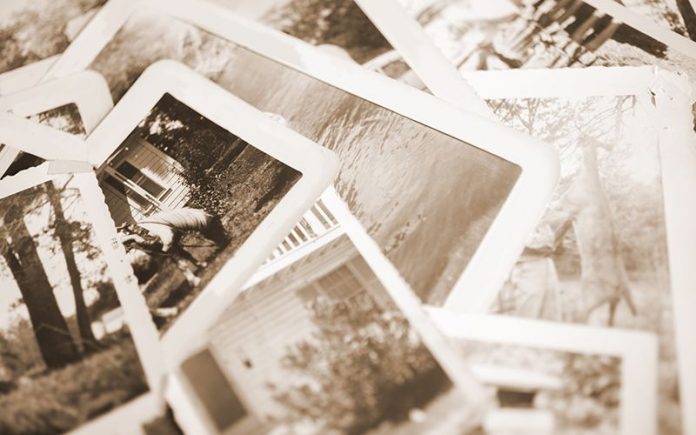 A Victorian-era photograph of Northern Irish women working in a linen mill has spooked the internet due to the presence of an extra creepy hand.

The photograph of women dressed in their work clothes in a Belfast linen mill in 1900 appears normal at first glance but, on closer inspection, there appears to be something supernatural afoot.

Taking a closer look at the women in the bottom right of the photograph, there appears to be an elderly hand on her shoulder, even though every woman in the photograph has their arms folded and seems too young to possess such a hand.

The hand, which is resting on the woman’s shoulder, appears to be coming out of nowhere and it has seriously creeped out people on the internet.

Hand in the Photo | Taken in 1900, this photo of 10 young women at a linen mill, Belfast, has freaked many people out.

Can you see the creepy looking hand?

One person posted the image on Mumsnet, a forum that enables communication between parents, alongside the caption: “What do you think of this strange photo?”

Some Mumsnet users claimed that they wouldn’t be able to sleep after spotting the hand.

“It’s quite late where I am and I was about to go to sleep and saw this. I feel quite scared now,” one frightened Mumsnet user wrote.

Another said: “Totally freaking out now. Will see this in my sleep.”

Others were more skeptical, attributing the hand to some form of photo-editing.

“It is one of those PhotoShop ones like the kids in the black and white pic in creepy pumpkin heads,” one user claimed.

While some forms of photo-editing existed at the turn of the 20th century, when this photograph was taken, it would have been impossible to add an extra hand with the technology available at the time.

It is, of course, perfectly possible that the image was altered more recently, but it is currently in the possession of renowned image-sharing site Getty Images and it is unlikely that they would share a deliberately doctored image.

What do you think? Is the image a sign of something supernatural? Or is it just a convincing piece of editing?