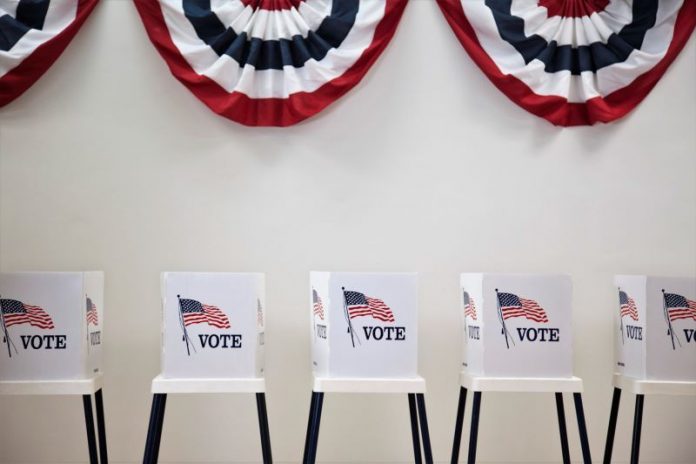 We are in the final straight and the finish line is truly in sight. Each day brings us closer to November 3rd and Americans are faced with a distinct choice, more of the same or time for a new direction.

I moved to Florida in 2004, and had studied American politics long before this, but this will be the first time that I am able to actually vote in a US presidential election.

In the US, when registering to vote, you can register as a Democrat, Republican, or Independent. Declaring your preference when you register does not tie you to any candidate when you vote, but it is a strong indicator that those who register Democrat will vote Democrat and those Republican will vote Republican. In a traditional election, the main battle will be to attract the moderate democrat and republican voters as well as the independents.

However, this is truly not a traditional election.

Growing up, I never thought that I would live in the United States. I was a home boy. America seemed to be another world, too far away.

Yet, images such as the Statue of Liberty, the Empire State Building, and the White House would conjure up something exciting. America was the land of hope and welcomes, the land where everyone could make their dreams come true. If you worked hard enough, you could climb the ladder all the way to the top. Honesty, integrity and hard work were all recognized and rewarded.

America has always been a country of wonder and inspiration. It was the glitz of the Hollywood sign, the country of Disney, and American football. It was the place where the boy or girl from the small-town USA could grow up to be president because everyone had the same opportunity.

The people of the world have always looked to the United States for leadership and inspiration. The melting pot of cultures essentially ensured everyone knew someone or had a particular affinity with the place.

This is what makes the current environment so challenging. America has gradually lost its place in the world as the global policeman of last resort.

Now rather than being seen as a leader, America pursued a policy of isolation. The current administration strives to show independence and strength, and the days of genuine relationship-building and collaboration are consigned to the past. The country that embraced peace and deterrence is no longer the moral leader it once was.

Ronald Reagan spoke of a shining city on a hill. The reality is that this beacon of hope and light has been all but extinguished. We can continue down the current path, or seek to take the flickering flame of hope and seek to truly make America great again.

Both Donald Trump and Joe Biden are making one last push for the White House. In this COVID-19 environment, the world will never be the same again. In the eyes of some, America has become the laughingstock of the world with each day like that from a reality TV show.

However, the reality for all is that these are unprecedented times.

The polls have Joe Biden ahead to an extent that the election is surely his to lose. However, the same could have been said about Hillary Clinton. Afterall, when Donald Trump insulted women and the Hispanic community amongst his many political campaign errors at the time, it should have been enough to win the election comfortably. Hillary did not need to attack, she only needed to sit back and watch Donald Trump inflict damage on himself. How wrong we were.

Donald Trump brought us the line “Make America Great Again”, but it is the supporters of Joe Biden who will hope that he can raise the United States from the floor to take its place amongst the leaders of the world again.

Prospects for the Irish property market