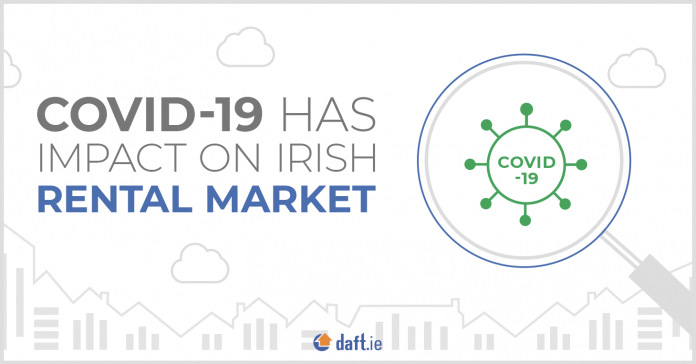 
Rental supply across the country has seen dramatic changes since the lockdown was first announced as seen by the number of rental ads listed on Ireland’s largest property website, Daft.ie. As seen in our last report the number of properties for rent in Central Dublin since the schools closed on March 13th still remain well above the same period last year and are now 75% higher, year on year.

In the rest of the country, the number of rental listings has been falling and by much bigger percentages. The rest of Dublin had seen 24% more rental listings the week of 15 March (just after lockdown) but saw 16% fewer the week of April 5. Outside Dublin, it had been unchanged year on year March 15 and is now down by 51%.