SelectPlusTeen Was High When Mauled by TigerTeen Was High When Mauled by TigerThe Associated PressThe San Francisco Medical Examiner says a teenager who was killed by an escaped zoo tiger six months ago had marijuana and alcohol in his system. (June 4)[Notes:ANCHOR VOICE] [Notes:still of Sousa]The toxicology results are in and the San Francisco medical examiner says Carlos Sousa, Junior had marijuana AND alcohol in his system when he was attacked and killed by a tiger at the San Francisco Zoo. [Notes:various of tiger in enclosure] The attack happened on Christmas Day when a 250 pound Siberian tiger escaped from its enclosureAt the time, there were claims that the teen, and two friends who were seriously injured, taunted the tiger. A lawyer for the family says WHY the tiger escaped, and whether the boy was drinking or smoking pot are irrelevant. [Notes:various of zoo]The family is suing the city. The autopsy report concluded the 17-year-old was killed by blunt force injuries to the head and neck. [Notes:various of repair work to tiger enclosure] An investigation found that the wall surrounding the tiger enclosure was four feet lower than industry standards. The zoo closed for a short time after the attack to make the necessary changes to the tiger enclosure. It has since re-opened. ___ ___, The Associated Press 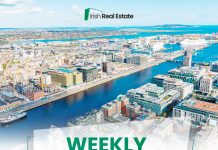 The Irish Economic Collapse That's Driving Some to Suicide