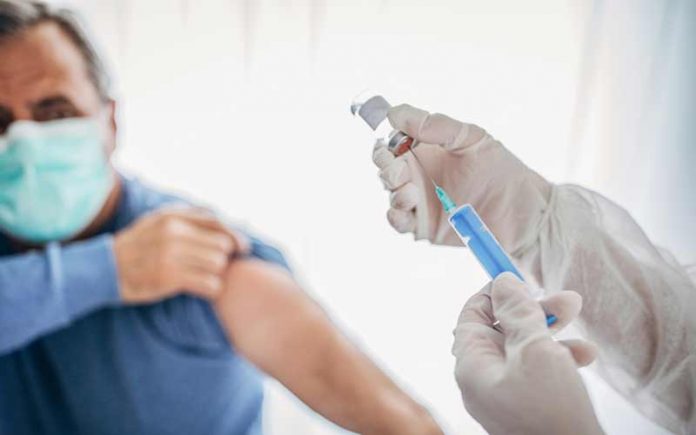 President Michael D. Higgins and Taoiseach Micheál Martin both say they will take the COVID vaccine once it’s available in Ireland. Elsewhere, Northern Ireland begins to administer its first doses of the Pfizer / BioNTech vaccine this week.

Michael D. Higgins, the President of Ireland, has said via a spokesperson that he will get the coronavirus vaccine “when it is recommended.”

“The President has spoken passionately about the importance not only of vaccines for the global approach to combating the Covid-19 virus, but also of ensuring equitable access for all to the benefits of health technologies,” a spokesman for President Higgins told the Irish Mail On Sunday.

Similarly, Taoiseach Micheál Martin told reporters on December 4: “I will be taking the vaccine in accordance with the prioritization attached to it by the public health authorities.

“Vaccines, historically, have saved the world on a number of occasions in terms of eliminating very dangerous viruses and diseases. And, you know, I have faith in the authorization agencies in Europe and in the States for authorization of these vaccines.

“I am conscious of the damage that the virus is doing to so many people into society, but I do believe the vaccine to be very important and I will be taking the vaccine.

“I have no difficulty in letting people know that. I don’t want to be doing it ostensibly just for the sake of doing it, or some sort of PR opportunity. That wouldn’t be my agenda.” 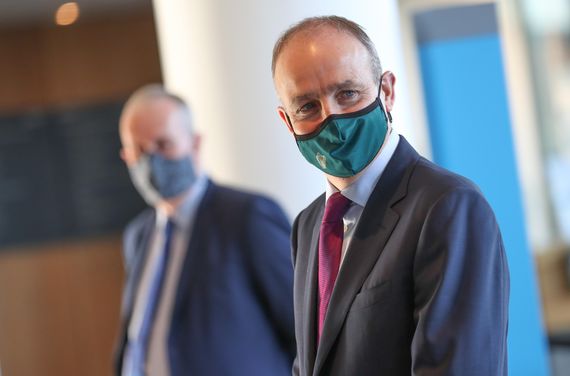 Speaking in Co Cork on Monday, December 7, the Taoiseach addressed the roll-out of a vaccine in the Republic of Ireland: “The EMA  [Euroepan Medicines Agency] will determine (the roll-out date).

“They have penciled in a date on December 29 for its decision in relation to the authorization of this particular vaccine, the Pfizer / BioNTech vaccine. We are working in parallel with them in terms of getting our logistics ready.

“I hope to receive preliminary reports from the task force in relation to the rollout of the vaccines in Ireland.

“If the European Medicines Board brings forward its date, that’s a matter for it and we will be ready for it in any event.”

Martin added: “I think what’s important is that we get the organization of this right and obviously we will be going to Government tomorrow in relation to the sequencing of the delivery of the vaccine – in other words the prioritization of who is getting it first and in what order and what sequence and that is important as well.

“At the same time it is very important we keep the focus on our individual behavior and keep the numbers down. Particularly we are very conscious of any potential impact on hospitalization and mortality and on ICU occupancy if the numbers start rising again.

“The arrival of the vaccine provides the opportunity to ultimately emerge from Covid-19 but it will take some time obviously in terms of the administration of the various vaccines to the population.

“In the meantime, we have got to make sure that the virus does not spread across the population.”

While the roll-out of the vaccine in the Republic of Ireland remains uncertain, Northern Ireland is preparing to deliver its first vaccinations tomorrow, December 8, after the United Kingdom became the first nation in the world to approve a vaccine, the Pfizer / BioNTech vaccine, last week.

On December 4, Northern Ireland received its first batch, about 25,000 doses, of the Pfizer / BioNTech vaccine. Northern Ireland’s Minister for Health Robin Swann said that day: “Vaccinators will be the first to receive the vaccine, followed swiftly by priority groups.

“We are being guided on prioritization by the Joint Committee on Vaccination and Immunisation. It has identified care home residents and staff and health and social care workers as priority groups. Further details on prioritization should be confirmed by next week.

“There are significant logistical challenges with distributing the vaccine to care homes. The Department of Health is actively exploring all avenues to achieve this priority objective, within the conditions on distribution set by the regulating body MHRA.”

The Health Minister added: “Vaccination will be a massive long-term logistical challenge. Our rate of progress will depend on available supplies that will be distributed as part of a UK-wide programme. Everyone will require two doses, with a number of weeks in between. Roll-out will take up a large part of 2021 so we will all need to be patient as we await our turn.”

The first immunizations are scheduled to begin at 8 am at the Royal Victoria Hospital in West Belfast on Tuesday, December 8, according to The Irish Times.