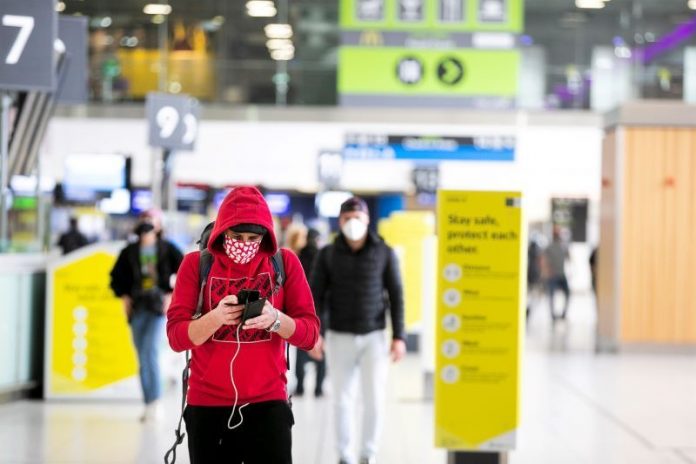 A new report from Ireland’s Health Service Executive Mid-West region details how one man was responsible for 56 confirmed cases of coronavirus in Ireland when he failed to restrict his movements after returning from abroad.

Introducing the report, Dr. Mai Mannix, MPH, MRCGP, FFPHMI Director of Public Health, HSE Mid-West, said: “Following a short lull in the incidence of COVID-19, we continue to see a steady stream of cases, most of which are linked to outbreaks.

“The ongoing pandemic places a strain on our resources but my department has worked tirelessly to contain the spread of COVID-19 in the region. We have battled rising case numbers and with case finding, source identification, contact tracing, and outbreak management, we have had a meaningful impact on the health of the population of the Mid-West.”

The report later states that while transmission for the majority of coronavirus cases continues to be through close contact with a known confirmed case, in the earlier months of the pandemic, there were more travel-related transmission cases.

To highlight this, the report details – while protecting the identities of those involved – of one instance where an Irish person failed to restrict his movements after returning from abroad.

The report states: “The index case was abroad on his holidays but he did not restrict his movements as per the current HSE guidelines when he got home.

“He had mild symptoms including a runny nose and a mild sore throat. He checked his temperature and it was normal. He felt reassured by this and socialised with a group of friends.

“He later tested positive for COVID-19.

“However, by this stage, he had already infected a number of his friends. Three of these friends went on to infect their families. Another friend who he infected felt unwell and contacted her GP to arrange a COVID-19 test. She had the test in the morning but by afternoon she felt a bit better and decided to go to a friend’s party. After the party, she got her test result and it was positive. By attending the party while waiting for her test result, she ended up infecting a number of other people. 37

“In total, 56 cases were infected from the index case, affecting up to 10 private households and a sports team.”

As of October 20, there are no countries on Ireland’s “Green List” for travel, which means anyone arriving into the Republic of Ireland, except in limited circumstances, must abide by the Irish government’s guidelines to “restrict their movements for 14 days.”

Irish citizens returning to Ireland, people with no symptoms, and people who have tested negative for the virus in another location all must restrict their movements for 14 days upon arrival into Ireland.

Restricting your movements means staying indoors in one location and avoiding contact with other people and social situations as much as possible. More information about restricting movements is available here.

Additionally, anyone arriving into the Republic of Ireland must also complete a Passenger Locator Form, which is available online here.

Earlier in October, the Irish government shared this video explaining how one couple led to 30 infections in just one weekend and encouraged people to “halve the number of people you meet” in the coming weeks: