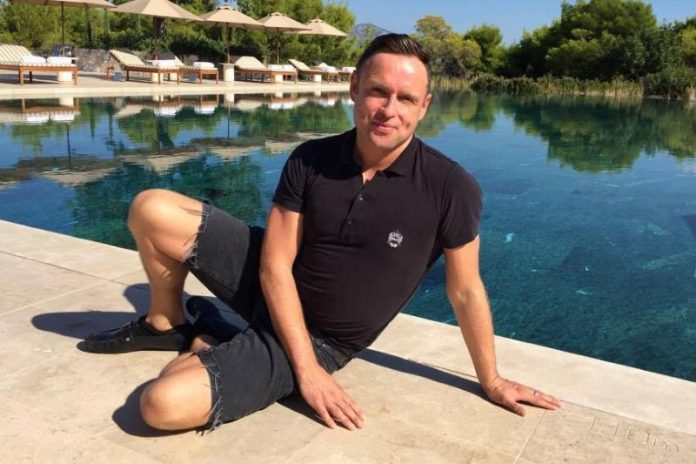 Adrian Murphy, a champion Irish dancer who was found dead in London last year, was discovered to have traces of scopolamine, or “devil’s breath,” in his system at the time of his death, a court in London heard this week.

Prosecutor Crispin Aylett QC told Croydon Crown Court this week that toxicology reports determined that Adrian Murphy had scopolamine in his body at the time of his death.

The court heard that when police searched the apartment where Murphy was found, they found a Coca-Cola can and glass tumbler which contained traces of scopolamine. Traces were also found in a sample of another surviving victim’s hair.

Aylett said: “In South America, and particularly in Colombia, it [scopolamine] is said to be popular with both robbers and rapists who use it to incapacitate their victims, rendering them deeply unconscious for long periods of time.”

Forensic toxicology expert Kirsten Turner told the jury on Wednesday: “The fact that we have detected scopolamine at these levels suggests to me that it was used within a few hours of death and the test suggests that it was a high dose.”

Turner described it as “well in excess” of the amounts used in therapeutic doses and said “toxicity could lead to fatality.”

Diana Cristea, 18, and Joel Osei, 25, are both accused of murdering Adrian Murphy and attempting to purchase tens of thousands of dollars worth of diamonds from a jeweler in New York using Murphy’s bank info last year.

44-year-old Murphy, a champion Irish dancer who went on to tour professionally, was found dead on June 4, 2019, in an apartment in Battersea in London that he was reportedly housesitting. He has since been buried, alongside his parents, in his native Co Kilkenny.

It is alleged that Osei connected with Murphy on the dating app Grindr before going to his apartment. Cristea is accused of “egging on” Osei and later selling the stolen goods.

The former couple is also accused of poisoning another man before stealing thousands of dollars worth of his belongings in the days before Murphy’s death. The victim, who has not been named publicly, survived the attack.

Cristea and Osei are both charged with a single count of murder and a count of administering a poison or noxious substance so as to endanger life, which they both deny.

The other unnamed victim who connected with Osei prior to alleged Murphy’s murder told police: “The last two things I remember is that I started to feel breathless and my head felt like this darkness coming over me.

“I remember standing up and my legs feeling like they had been injected with lead or something, they felt solid and immovable.

“I remember thinking I was going to pass out, and then I must actually have passed out.”

Aylett added: “The prosecution allege that the two defendants were a pair of ruthless grifters, scammers looking to make easy money at whatever the cost to their victims.”