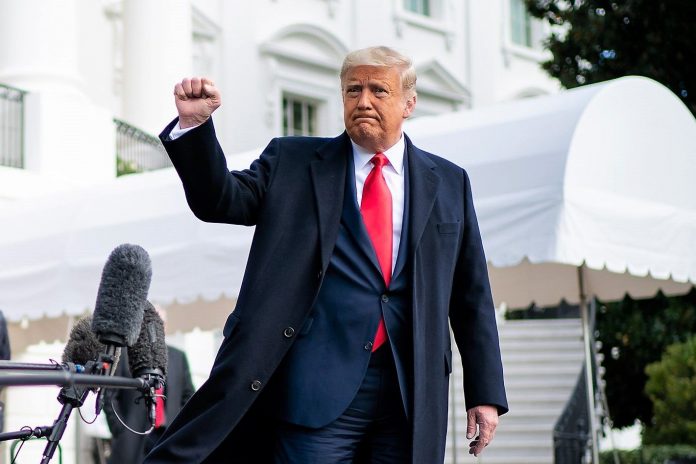 Mick Mulvaney, the United States Special Envoy for Northern Ireland, said on Thursday that he “would absolutely” put Donald Trump on the shortlist of Republican politicians who would run in the next US presidential election four years from now, 2024.

Mulvaney was speaking on November 5 – as votes were still being counted in a number of states in the US – during a webinar hosted by the Dublin-based Institute for International and European Affairs about the US Support for the Good Friday Agreement and Peace and Prosperity on the Island of Ireland.

During the webinar, Mulvaney, who visited Dublin and Belfast just over a month ago, said: “I’m telling you, absolutely. I would absolutely expect the President to stay involved in politics.

“I would absolutely put him on the shortlist of people who are likely to run in 2024. He doesn’t like losing.

“Plus, don’t lose sight of the fact that he will be, I think, technically younger than Joe Biden is four years now, four years from now.

“And, the stories about his energy level and the fact that he doesn’t sleep and his vivaciousness are true, that’s not the stuff of spin. He’s a very high-energy 74-year-old, so I absolutely expect him to be further engaged in 2028 if he were to lose this next election.”

Mulvaney added: “There’s actually a non-zero chance that Donald Trump runs again in 2028 and Joe Biden does not … simply because of his age.”

You can watch Mulvaney’s comments about Trump’s potential 2024 run here:

Asked if Joe Biden has indicated who could be the next Special Envoy to Northern Ireland, Mulvaney, who assumed the role earlier this year after previously serving as Trump’s acting White House Chief of Staff, said: “I would absolutely, 100 percent anticipate that they would fill the position relatively quickly.

“I don’t expect it to be Brendan or Richie Neal, but I absolutely expect him to fill the position in relatively short order. And as I mentioned before, I’ll continue to serve as long as people want to continue to meet with me.”

“Again, this is not a partisan position. If the Vice President [Biden] were to ask me to stay on for six months until he finds someone, I would absolute do so.”

“That’s just how bipartisan this issue is in the United States of America,” Mulvaney added.

You can watch the entire hour-long IIEA webinar from November 5 here:

In the US, presidents can serve a maximum of two, four-year terms as president, and they do not have to be consecutive. (Grover Cleveland, who served 1885 – 1889 and 1893 – 1897, is the only US President to have served twice nonconsecutively.)

With Trump’s future in the White House uncertain at the time of publication, it is no surprise that people are already pondering 2024.

Jim Acosta, CNN’s Chief White House Correspondent, said on Twitter on Thursday that the subject of a potential run in 2024 “has come up” amongst Trump’s advisors, though it is not confirmed whether or not Trump would do so.

Trump and aides have had discussions about mounting a comeback run in 2024 should he lose reelection to Biden, an adviser tells me. No word whether he would do it. But the subject has come up, I’m told.

Speaking with Jake Tapper on CNN, Acosta said: “That obviously is something that is way off into the future, but it’s an indication that they’re starting to feel like, perhaps, they’re running out of time inside the Trump campaign.”

Sam Nunberg, a Trump 2016 strategist, told The New York Times: “If he is defeated, the president will retain the undying loyalty of the party’s voters and the new voters he brought into the party.

However, Carlos Curbelo, a former Representative in Florida, also told the New York Times: “There will never be another Trump.

“Copycats will fail. He will gradually fade, but the scars from this tumultuous period in American history will never disappear.”