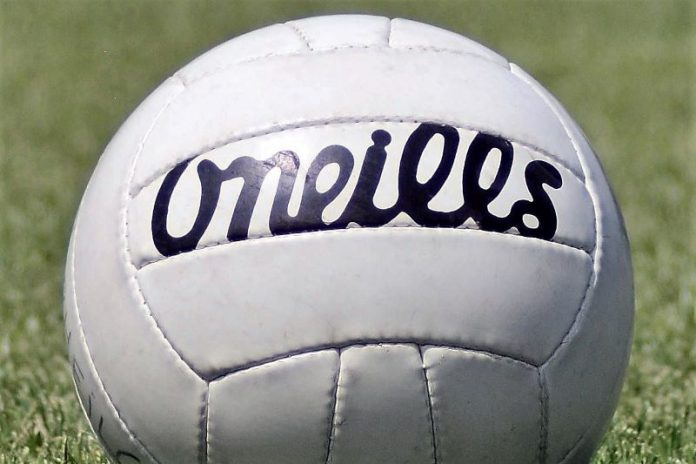 Limerick retained their Munster SHC title and remain on course to regain the Liam MacCarthy Cup with a four point victory – 0-25 to 0-21 – over Waterford in Sunday’s provincial decider at Semple Stadium.

And for boss John Kiely this was the sternest test of the season thus far after easier wins against Clare and Tipperary en route to the final.

Kiely said, “It was a really, really tough game. There was only a puck of a ball in it at the end. There was a lot of nonsense being talked about the odds on the game, it was ridiculous.

“Waterford are a really well-organized, very well-prepared team and they have been in great form all year long. We’re not one bit surprised by the challenge they put up against us today.”

With spectators will missing from big events, Kiely was happy for those watching at home as Limerick retained the Munster crown for the first time since 1981.

Waterford boss Liam Cahill was proud of his players when he addressed the media afterwards.

“I thought they acquitted themselves well,” he said. “Having said that, we were still a lot bit off where I would have liked us to have been.

“Against opposition like Limerick, you just have to have everything spot on or you’ll end up on the wrong side of it like we did.”

Waterford will now meet Clare in the All-Ireland quarterfinal this weekend with Galway taking on Tipperary.

Redemption was the keyword for Kilkenny hero Richie Hogan on Saturday as his return to Croke Park for the first time since his All-Ireland final red card against Tipperary saw him produce a late, late goal as the Cats blitzed Galway with one last Leinster SHC rally to record a 2-20 to 0-24 win.

Substitute Hogan and TJ Reid scored the late goals as Brian Cody’s team made it 72 Leinster titles in total for the provincial kingpins and earned Hogan lavish praise from his boss.

“Richie Hogan has been hurling for years at the top level and every day he goes out, he goes out to perform,” said Cody.  “Of course, it was disappointing last year but you can’t carry that with you forever either. He went out to perform as well as he possibly could for the team and he did that.

“He got a break, the body got a break. He doesn’t hold back when he’s injured. He won’t just lie down, even for a serious enough injury. He’ll keep going. Richie was very influential, there’s no doubt about, that when he came in.”

Galway boss Shane O’Neill also recognized Hogan’s role as a game changer on Sunday. “Richie brought something different to the full-forward line to what was actually happening,” said O’Neill after his team threw away a five point lead.

“It was just that small spell really with the two very quick goals and that’s something we’ll have to look at. Kilkenny are Kilkenny and will never be gone. We were five up and then those two quick goals but they always have that danger.”

Mayo made it a record 47 Connacht SFC titles as they held off Galway to record a 0-14 to 0-13 win in Pearse Stadium on Sunday.

Substitute Bryan Walsh scored two important second-half points as the Green and Red booked a semifinal date with Cork or Tipperary in Croke Park next month.

“This is a big prize for Mayo football but it could have gone either way,” said boss James Horan.

“They were coming at us, we got a couple of turnovers at key times that kept us in front. A lot of guys, it’s their first Connacht final so we are delighted to get through it.

“The bench made a big difference for us today in a sticky game,” he added. “They were up to the pace of it straight away, which was important. There was no goal in the game so it was always going to be tight, so every score was so important to give you a bit of breathing room.

“We’re through to the All-Ireland series now and it’s brilliant, the guys love training together. With everything that’s going on it’s great to have somewhere you can just go out and enjoy what you’re doing.”

One More Year for Davy

Davy Fitzgerald will stay on for at least one more year as Wexford boss despite his team’s humbling 1-21 to 0-17 defeat to Clare at O’Moore Park in the All-Ireland qualifier on Saturday.

Having won the Leinster title last season, there was pressure on Fitzgerald to deliver a real All-Ireland challenge this time but his native county ensured that there was never a realistic prospect as Tony Kelly blew them of the water with a 1-15 tally.

Kelly also hit out at the attitude coming out of Wexford in the build-up to the match when he spoke to the media afterwards.

“A lot of talk was that Wexford were going to get the show on the road this week and build up their own momentum. We were probably written off fairly or unfairly but we knew ourselves that there was a performance in us,” said Kelly.

With 1-45 in the championship to date, Kelly is a shoe-in for an All-Star but insisted, “Next week I mightn’t hit a barn door. That’s just the way conditions are in winter hurling.”

#GAANOW was at the All-Ireland SHC Qualifier R2 of @GaaClare v @OfficialWexGAA as Tony Kelly inspired the Banner side to victory over Wexford. Check out the highlights here. pic.twitter.com/Jfj6KR4sLZ

Donegal ked every inch All-Ireland contenders in an emphatic 1-23 to 0-13 win over Armagh in Saturday’s Ulster semifinal at Breffni Park, but manager Declan Bonner wasn’t in a rush to agree at his post-match press conference.

Ahead by 1-12 to 0-3 at halftime, there was never any doubt about the win for Donegal who will now play Cavan in the Ulster final.

“We did pick up a number of injures which is probably going to test the squad. Three or four of the lads came off with knocks and it’s a very short turn around so we’ll see what happens when we get back inside but it will be touch and go for those guys.”

Dublin’s status as All-Ireland favorites wasn’t even challenged by Laois as the Midlanders went down by 22 points, 2-23 to 0-7, in a lopsided Leinster SFC semifinal at Croke Park on Sunday.

Meath will at least give the six-in-a-row seekers more of a game in headquarters next Sunday, a fact acknowledged by boss Dessie Farrell after the emphatic win.

“We’re obviously happy with the result and look forward to the Leinster final now,” said Farrell. “All we can do is take each game on its merits, and we have to prepare accordingly. You never know when there’s going to be a banana skin presented to you.”

Asked about his own memories of Meath-Dublin clashes and how he remembered them, Farrell stated, “Very fondly.  They’re in a good place, and have racked up some really good scores. So, we’ll be under no illusions as to what lies in wait for us next weekend.”

“We just weren’t firing on all cylinders in the first half. Something for us to review ahead of next week…”

Cavan came from 10 points down to finally beat Down by just a point – 1-14 to 1-13 – in the Ulster semifinal in Armagh on Sunday as manager Mickey Graham suffered more emotional ups and downs on the sidelines.

“We do leave ourselves mountains to climb in the second half of matches,” Graham told RTE as his team booked a final date with Donegal. “Today was no different. If you didn’t have heart trouble the last few weeks, you’ll never get heart trouble. That had everything today.

“It was a rollercoaster of a second half. We got the lucky breaks and the lads showed great resilience and determination to never throw in the towel. You have to admire them for that.

“In the second half, the fear factor seems to be gone and we realize that we have nothing to lose. The bigger the challenge, the more they seem to rise to it. They rose to that challenge in the second half.”