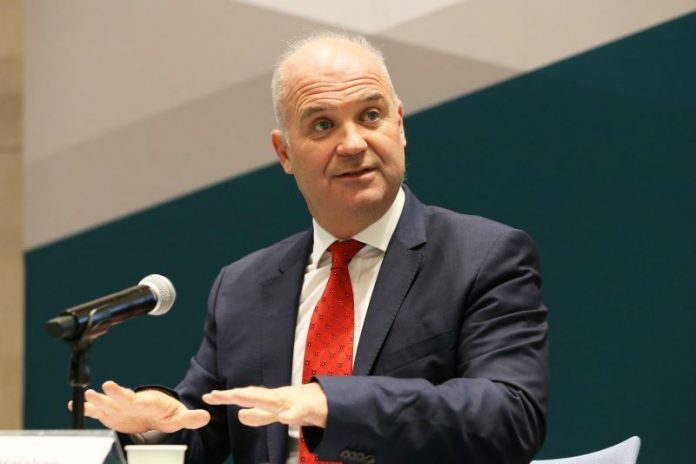 The move to lockdown in Ireland caused enormous difficulties, especially among the elderly, and drew intense criticism with fears of an economic Armageddon expressed.

*Editor’s Note: This editorial first appeared in the November 3 edition of the Irish Voice newspaper, sister publication to IrishCentral.

Former Irish Minister for Justice Michael McDowell was an arch critic of the move to lockdown.

“All this calls into question whether the government was panicked into a second national lockdown by trenchant advice that it received from its own advisers,” wrote McDowell in The Irish Times, reflecting a widespread sentiment on the right that keeping the economy open was the better choice and that medical professionals were running the show, not the elected government.

It was not just McDowell. Right-wing groups led thousands in protesting the lockdown and confrontations erupted with groups on the left.

But the obvious fact remains that when an epidemic is lurching out of control, starving the beast is the only way to stop it, absent a vaccine.

He suffered withering criticism for delaying so long, never expanding testing, and generally acting without any specific plan in mind. How quickly the Teflon suit Johnson had donned for numerous political battles fell away.

France and Germany, Spain, and especially the Netherlands have all suffered a new wave of infections. The resurgence of the virus proved, once again, how lethal an enemy it is.

Here in America, the current president adopted the ostrich approach. Virus? What virus?

He gamboled from state to state assuring his audiences, often thick with older, more vulnerable seniors, that all was good. After all, had he not survived the virus himself?

Trump was not treating it as a disease to be fought, rather as a political problem to be solved, and the more people he could convince to ignore it, the better for his re-election prospects.

In view of all that and put in retrospect, the Irish approach appears to have been timely and well thought through.

By last weekend caseloads and rates of infection were plummeting in Ireland while skyrocketing elsewhere across Europe and indeed, here in the U.S.

As Ireland’s Chief Medical Officer Tony Holohan tweeted, “We are making progress on #COVID19 — we are following public health advice. Young people especially. Best country in EU in most recent 7-day rates. But too early to stop.”

We are making progress on #COVID19 – we are following public health advice. Young people especially. Best country in EU in most recent 7-day rates. But- too early to stop. Rates still rising in >65s and have not dropped in Dublin. We need to keep it up. @HSELive @roinnslainte

Too early indeed. Ireland has learned a bitter lesson that letting down your guard allowed the virus to re-enter circulation, much like the second wave of the 1918 pandemic did. The extremes of activity in the summer had ensured that the virus never completely disappeared.

Thus, there is still a battle to be fought but one that leaders from Europe to America and beyond know they can never underestimate again.

COVID-19 has dominated our lives since March of this year and will likely continue to do so short of an effective vaccine.

Keeping citizens safe until that vaccine is discovered and distributed should be the absolute priority of every government on earth. Unfortunately, there are many, like our own here in the U.S. who have misread and misunderstood what it takes to beat a pandemic. They should look to Ireland for answers.