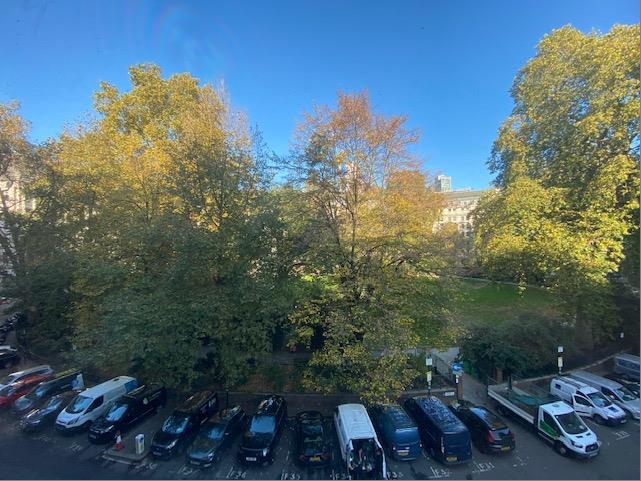 Julian Washington interviewed Nick Brent, head of real estate at Druces Solicitors, on the day before the second lockdown.

From the windows of Druces’ offices you have a good view of the gardens in Finsbury Circus. Recently re-landscaped after Crossrail works concluded, this oasis in the middle of the City is now framed by trees just beginning to show their autumn colours. Until recently it was much used by local office workers as a place to stretch their legs or eat their sandwiches at lunchtime.

It was one of those extra factors that made coming into work a positive experience and something which, perhaps, people didn’t fully appreciate until the first lockdown triggered the abrupt switch to widespread remote-working. “And now, just when you really thought it was safe to start coming back into the office” observes Nick Brent, Druces’ head of real estate “…we find ourselves entering a second lockdown. What a year!”

Certainly, 2020 will go down as a year the likes of which the real estate world has not experienced before. Our overnight conversion into a nation of home-workers – and the impact of that for business and our urban centres – has been striking. But it is also true that not everyone has suffered and in some ways the market has held up quite well.

Investment, particularly Druces’ syndicate work, keeps going, powered by the inability to earn a return on cash and a stock market difficult to call. The firm has also seen other flurries of activity, including, for example, in the art gallery market, an area that seems in the front line at present when closure of premises is in prospect.

One broader trend during 2020 has been a rebalancing of the economic relationship between many landlords and tenants. Nick Brent has been on the sharp end of some of these tricky negotiations: “It has been interesting to see landlords and occupiers sharing the pain in different ways in the face of the unique pressures this year. In some cases, we have seen a switch to pure turnover-based rent, as a fairer or more realistic way to arrive at a figure that is right for this market. In other cases, landlords have agreed rent holidays on the basis that the rent-free period is added to the end of the term by way of extension”.

Of course, a good deal of this renegotiated “pain-sharing” will have been done with a minimum of formality and advice so there is plenty of scope, Nick believes, for some of these renegotiations to come back to haunt the parties later.

“There have also been significant differences of approach depending on the type of landlord we’re talking about” Nick comments. “If you are a traditional landed estate with commercial property interests, you might be able to take a longer-term view and perhaps allow more breathing space to tenants with viable businesses which are in temporary difficulty. Conversely, if you are a pension fund, dependant on the short-medium term on the yield from your portfolio to pay pensions, you are unlikely to be able to be quite so accommodating.”

“In some ways, this second lockdown is less disruptive than the first” Nick concedes. “In the case of Druces and other professional services firms, we now know that we can work effectively from home (even those of us who found it all rather a novelty back in March).

But it is hard to be told to go back into lockdown after the relaxation, especially when everyone is already acknowledging that the December end-date feels optimistic.”

Optimism or the lack of it is, of course, a crucial factor in the property world: market sentiment is key. At the moment, you’d have to say that the mood in large parts of the industry is pretty negative: the occupation market is flat; retail and leisure faces an uncertain future and the office sector wonders where the new level of demand will settle on the other side of the pandemic.

Meanwhile it has been a rollercoaster ride in the residential market. Plummeting to a virtual standstill in the first lockdown, it soared again with the subsequent stamp duty holidays across the UK. The first annual fall in price for eight years was reported in June, only to be followed, two months later, by the highest monthly rise for 16 years. Of course, real estate professionals of all stripes are hardly unfamiliar with big cyclical swings in their markets but Nick Brent worries this time about a classic asset price bubble, recalling what happened when Rishi Sunak’s predecessor in the 80s made changes to the tax treatment of mortgage interest.

“Those with long memories, (or students of economic history) will remember the boom under Nigel Lawson, Chancellor in the 1980s, when the abolition of dual MIRAS relief for couples was flagged in advance. This resulted in a price spike as people raced to take advantage of the double relief, followed by a sharp drop in values when the relief was abolished. I’ll admit to a nagging concern that clients who mortgage in haste may repent – and repay – at leisure. Interest rate fixes at historically low rates only last as long as they last…”

Perhaps the recent changes in the planning rules will go some way to helping real estate markets adjust to life after the pandemic. Nick relates that, on a recent zoom call with his team, a planning lawyer colleague teased that they should “all be doing Resi now!”.

Certainly, the new planning use class E (introduced from 1 September) makes it easier to convert commercial premises to residential use. And, judging from the half-empty offices and retail units around Druces’ offices in the City, it seems highly likely that there will be surplus capacity in urban centres going into 2021.

“I think it’s over-optimistic to imagine that excess demand for housing is going to be neatly solved by flipping surplus commercial space,” Nick counters. “Apart from anything else, we now know that remote-working means that people are less interested in a city centre or suburban location than they were. Those central locations used to be prized as a way to guarantee a short journey to work. Today it doesn’t count as a short commute unless you can stay indoors and walk to the desk in the spare room in your pyjamas!”.

Despite all the upheaval in the property market this year, Nick is optimistic about the future. “As recently as October I worked on a deal which secured a new UK record for probably the highest office rent in the country on premises in Mayfair. The lustre of UK real estate as an asset class remains strong, including with overseas investors, many of whom are cash rich and actively looking for bargains. In fact, my next video call is about just such a purchase. Time for Zoom number 1 of lockdown 2! ”