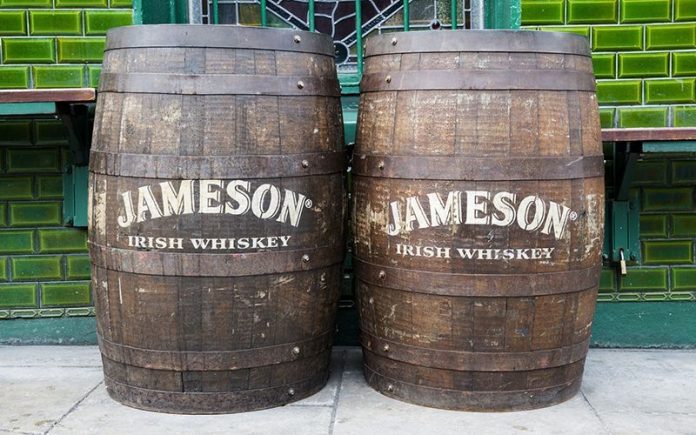 Jameson Distillery Bow St. in Dublin has been named the best distillery tour in Europe by the  World Travel Awards for the third year in a row.

The World Travel Awards recognize and reward excellence in travel and tourism. Votes are cast by travel industry professionals and the public, with the nominee gaining the most votes in a category named as the winner.

The 40-minute guided tour of the original Jameson distillery in Dublin includes a comparative whiskey tasting and a complimentary Jameson drink in JJ’s bar.

Step inside for a tour of the home of Irish Whiskey. Virtual cheers coming your way ? pic.twitter.com/BoHLAONBtb

According to the Jameson website, a tour ambassador “will guide you for a serving of heritage and history on the definitive Jameson tour experience – stories, craic, a comparative whiskey tasting and of course, a complimentary Jameson drink in the exact spot where it all began.”

Graham Cooke,  the founder of the World Travel Awards, said: “Our winners represent the very best of Europe’s travel and tourism sector and my congratulations to each of them. They have all demonstrated remarkable resilience in a year of unprecedented challenges.”

He adds: “The World Travel Awards 2020 program received a record number of votes cast by the public. This shows that the appetite for travel and tourism has never been stronger and bodes well for the industry’s future as the global recovery begins.”

For a full list of winners in all categories visit here.