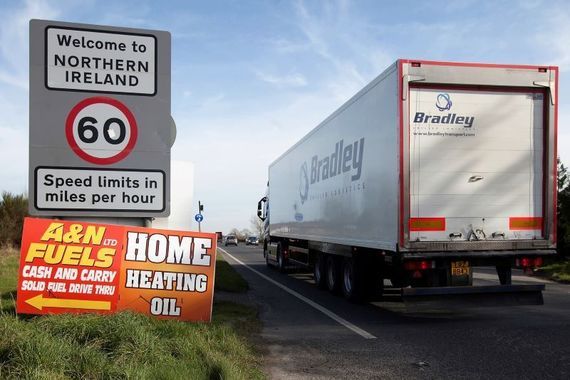 An Irish politician from Co Louth has suggested deploying the Irish Army on the Northern Irish border in a bid to contain the spread of COVID-19.

Independent TD Peter Fitzpatrick suggested in the Dáil on Thursday that the Irish Army should be deployed to prevent cross-border travel.

Fitzpatrick, who is a former member of the Irish Defence Forces, said that he was worried by the impending conclusion of Northern Ireland’s four-week “circuit breaker” lockdown, which has shuttered pubs and restaurants across the region and banned household visits.

The Louth TD addressed Tanáiste Leo Varadkar in the Dáil on Thursday, arguing that cross-border travel was being “abused” and that the Irish Army should be called in to help control it.

He said: “As an ex-27th Battalion soldier myself, I think it’s about time that we started using the army. You see what’s happening in Dundalk, we have a barracks in Dundalk where we have 450 soldiers there. Why not deploy them along the border area?”

“I think we have to be realistic,” Fitzpatrick said, adding that “prevention is the best cure.”

He continued: “We have an opportunity to do something. Get the army out, just to stop them coming across the border. Stop the southerners and stop the northerners up and down the border.

“People have to travel, that’s no problem. But I’ve seen it the last number of months and I don’t like it,” Fitzpatrick said, “It’s been abused by Northerners coming down. The amount of Northern plates I’ve seen is unreal.”

“Tanaiste, please do something to protect the citizens of Ireland.”

Tanaiste Varadkar replied: “The government isn’t giving any consideration to putting the Army on the border between North and South.

“We struggled and fought too hard for too many decades to take all armies off the border and we certainly don’t want to be the jurisdiction that puts uniforms on the border again.

“It’s not something we’re giving consideration to.”

Varadkar did note that the issue of cross-border travel was a serious one, although he said that the Irish Government’s current regulations that required people to stay within 5km of their own home were best enforced by gardaí rather than the army.

The Northern Ireland Executive has since agreed to extend the region’s circuit breaker by one week before introducing a phased reopening of the region.