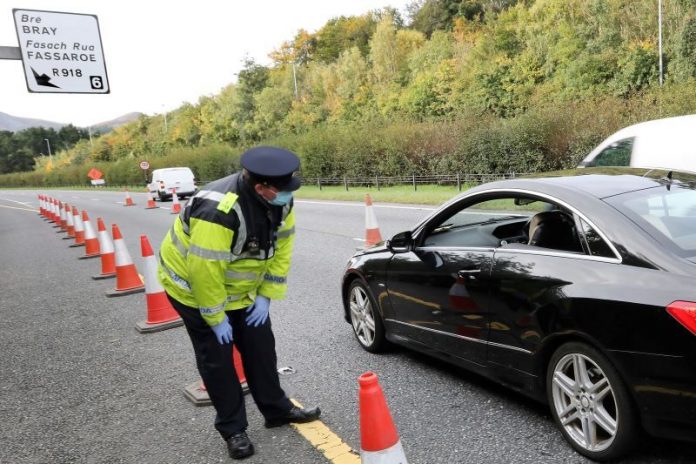 With soaring incidences of Covid-19 illnesses in Ireland– nationally more than 100 times the rate in early July – President Michael D. Higgins on Sunday signed a bill into law allowing gardai to issue graduated fines to people in breach of the latest coronavirus guidelines.

*Editor’s Note: This column first appeared in the October 28 edition of the Irish Voice newspaper, sister publication to IrishCentral.

The president’s signature, which will permit €1,000 fines for house party organizers, was made as Northern Ireland police revealed they had imposed a total of 45 £1,000 sterling fines since March on people who failed to self-isolate.

In the Republic, where there was concern gardai didn’t have sufficient authority to enforce coronavirus regulations, the new Health (Amendment) Bill 2020 now authorizes them to impose heavy penalties on house party organizers.

The first fine on either the owner or tenant of a property is €1,000. Second offenders face a €1,500 fine or three months in prison, or both. The new bill also allows gardai to issue fines to people who are suspected of planning to attend a gathering.

The measures follow widespread public criticism that house parties contributed to the rapid rise in recent weeks of cases of coronavirus from below 500 a day at the end of September to up to more than 1,200 some days last week.

Garda Commissioner Drew Harris expressed some reservations about the potential use of the fines as a means to enforce rigid Level Five Covid-19 restrictions which have virtually shut down the country.

But then last Friday he said, “The good thing is the piece of legislation backs this up. I’m a public servant, a good and faithful servant at that, and I’ll do as I’m told.”

On Monday police in Northern Ireland – which has a higher infection rate than the Republic – revealed that they have issued 3,118 fines and warnings related to coronavirus regulations. That total includes 45 fines of £1,000 sterling for failure to self-isolate.

Meanwhile, the Sunday World reported that a spike of up to 70 Covid-19 cases in Co Cavan has been linked to one family who attended a wedding across the border in Co Fermanagh. There is no suggestion the family breached the Covid-19 regulations that were in place at the time.

Doctors and the Health Service Executive were stunned that the virus in Cavan had grown so fast, so quickly. The Ballyjamesduff electoral area in Cavan over the weekend had the highest 14-day incidence rate in Ireland at 1,488.33 per 100,000.

These are extremely alarming rates when the early July rates for Ireland were only three per 100,000.

Cavan GP Dr. Dara Hume said, “I cannot comment on any individual cases, but definitely the border is part of the reason the Cavan numbers are so high.”

Under the new restrictions, all non-essential retail outlets have been required to close.  Only shops selling essential items like food and medicine are allowed to stay open.

During an interview with RTE, Varadkar warned that it is illegal to stock and sell non-essential items, and retailers who do so face fines.

“We have been in touch with the gardai and that will be enforced.

“If (shops) are selling PPE that is one thing. But if they’re trying to use PPE in order to sell other products, that is a very different thing.”