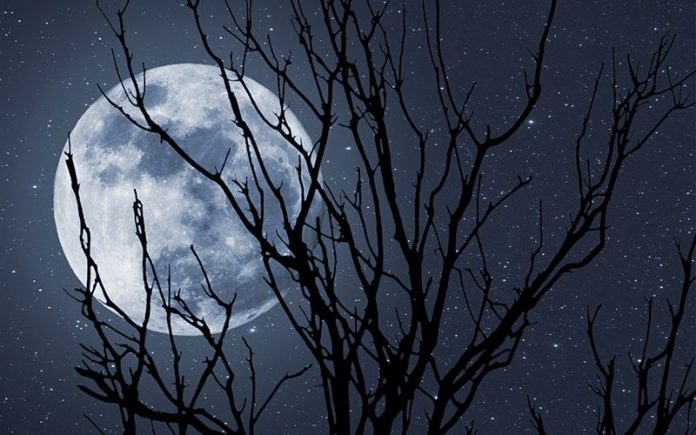 There will be a full moon this Halloween for the first time in almost two decades, and this one will be even more uncommon than usual.

Full moons at Halloween are very rare – there will only be six this century – but this year’s full moon will also be a blue moon, a phenomenon that occurs when there are two full moons in the same calendar month.

The last full moon to take place on Halloween occurred in 2001 and you would have to go back almost half a century before that – to 1955 precisely – to find the next most recent full moon on Halloween.

Full moons at Halloween have a long and colorful history, playing a hugely important role in the ancient Celtic Samhain festivals.

The ancient Celtic calendar was divided into four seasons that very much depended on full moons and there was no moon more important or more sacred than the Samhain full moon.

The full moon that rose between the autumnal equinox (September 21) and the Winter Solstice (December 21) was called Samhain and marked the beginning of winter, a season when crops died and days turned shorter.

The festival was very much associated with death as cattle were slaughtered to provide food for the imminent hardship over the colder months.

Crops were gathered in and stored lest the shape-shifting Pooka, a nocturnal hobgoblin that delights in tormenting mortals, destroy the fruits of the field.

Once the storehouses were full, the Celts marked the three-day full moon with a festival of revelry and ritual before facing the winter season.

The Celtic Feast of the Dead (Samhain) became the modern forebearer for Halloween and ancient Celts lit bonfires to ward off spirits who roamed the world over the three-day period.