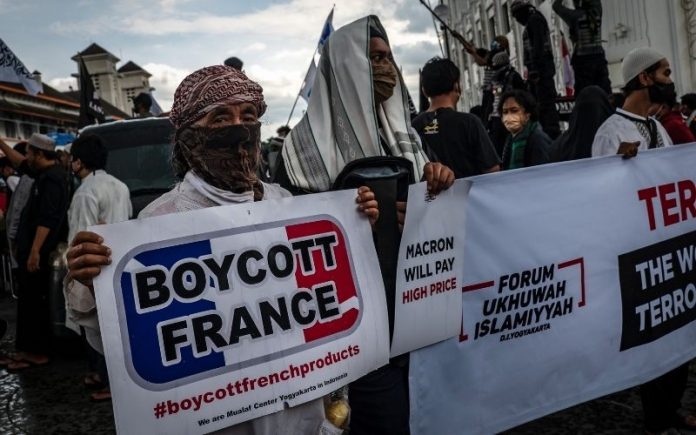 Today we remember the English landowner Charles Cunningham Boycott ignored by his Mayo tenants. The man who became a verb! He died on June 19, 1897.

Have you ever wondered where the term “boycott” comes from? Many might be surprised that it originates from Ireland in the time of Charles Stuart Parnell.

Charles Cunningham Boycott (March 12, 1832 – June 19, 1897) was an English land agent who became infamous after he was ignored and ostracized by his Mayo Irish community in Ireland after treating them very badly.

Their actions gave the English language the verb to boycott.

Boycott was a former army officer and had served in the British Army 39th Regiment, which brought him to Ireland. After retiring from the army, Boycott worked as a land agent for Lord Erne, a major landowner in the Lough Mask area of County Mayo who lived off the exorbitant rents he charged tenants. Evictions by Boycott were many and bloody.

In 1880, as part of Charles Stewart Parnell and the Land League’s campaign for the Three Fs (fair rent, fixity of tenure, and free sale) and opposition to evictions which were numerous and heartbreaking, action was taken against money-grabbing landlords.

When Boycott set about evicting 11 tenants the locals had had enough. The Mayo branch of the Irish Land League urged Boycott’s employees to withdraw their labor and began a campaign of isolation against Boycott in the local community.

This campaign included shops in nearby Ballinrobe refusing to serve him, and the withdrawal of services. Boycott found himself a marked man, not fearing violence but even worse the scorn, silence, and disdain of simply everyone he encountered.

Furious, he made a fatal mistake by informing the all-powerful London media of his plight. The campaign against Boycott became a huge issue in the British press after he wrote the following letter to The Times.

“Sir, The following detail may be interesting to your readers as exemplifying the power of the Land League. On the 22nd September a process-server, escorted by a police force of seventeen men, retreated to my house for protection, followed by a howling mob of people, who yelled and hooted at the members of my family.

“On the ensuing day, September 23rd, the people collected in crowds upon my farm, and some hundred or so came up to my house and ordered off, under threats of ulterior consequences, all my farm labourers, workmen, and stablemen, commanding them never to work for me again.

“My herd has been frightened by them into giving up his employment, though he has refused to give up the house he held from me as part of his emolument. Another herd on an off farm has also been compelled to resign his situation.

“My blacksmith has received a letter threatening him with murder if he does any more work for me, and my laundress has also been ordered to give up my washing. A little boy, twelve years of age, who carried my post-bag to and from the neighbouring town of Ballinrobe, was struck and threatened on 27th September, and ordered to desist from his work; since which time I have sent my little nephew for my letters and even he, on 2nd October, was stopped on the road and threatened if he continued to act as my messenger.

“The shopkeepers have been warned to stop all supplies to my house, and I have just received a message from the postmistress to say that the telegraph messenger was stopped and threatened on the road when bringing out a message to me and that she does not think it safe to send any telegrams which may come for me in the future for fear they should be abstracted and the messenger injured. My farm is public property; the people wander over it with impunity. My crops are trampled upon, carried away in quantities, and destroyed wholesale.

“The locks on my gates are smashed, the gates thrown open, the walls thrown down, and the stock driven out on the roads. I can get no workmen to do anything, and my ruin is openly avowed as the object of the Land League unless I throw up everything and leave the country. I say nothing about the danger to my own life, which is apparent to anybody who knows the country.

The situation became a major story in the English press and funds were raised by the Daily Express, Daily Telegraph, and other papers to send farmers from the Orange North to harvest the crops. In response, a group of about 50 Ulster Loyalists volunteered to come to Boycott’s aid and bring in his crops.

The worsening of the situation was carried in newspapers all over the world. The Brooklyn Eagle reported on November 9, 1880:

“Four troops of Hussars were dispatched hence for Ballinrobe by special trains at 2 o’clock this morning. Four hundred infantry have just arrived at Ballinrobe, and will encamp near Lough Mask.

“These precautions are taken in view of the intention of the Northern Orangemen to send laborers to harvest the crops of Mr. Boycott, Lord Erne’s agent, for whom the local peasantry, at the instigation of the Land League, refuse to work. The Government will protect a moderate force of laborers, but refuse to furnish anything approaching armed demonstrations, which would certain provoke a collision.”

Newspapers sent correspondents to the West of Ireland to cover the story and the Fifty Orangemen from County Cavan had to be guarded by a regiment of the 19th Royal Hussars and more than 1,000 men of the Royal Irish Constabulary were deployed to protect the harvesters. The episode cost at least £10,000 to harvest about £500 worth of crops.

Boycott left Ireland on December 1, 1880, in disgrace, his name forever attached to a campaign to bring down tyrants. and in 1886, became a land agent for Hugh Adair’s Flixton estate in Suffolk. He died at the age of 65 on 19 June 1897 in his home in Flixton, after an illness earlier that year. His name lives on in infamy forever.

Boycotting had dramatically strengthened the power of the peasants, and by the end of 1880, there were reports of boycotting from all over Ireland. The events at Lough Mask had also increased the power of the Land League, and the popularity of Parnell as a leader. Non-violent and successful it was one of the most successful tactics ever used against the British in Ireland.

Do you have Irish history you’d like to share with the global Irish community? Why not join IrishCentral’s contributor’s platform Irish Voices? You can learn more about it here and sign up here. 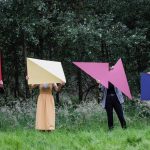 SAVE THE DATE: DESIGN POP RETURNS THIS AUGUST

Uncategorized 1tdan - May 25, 2021
0
Happening across Cork city - on the ground and online

SAVE THE DATE: DESIGN POP RETURNS THIS AUGUST