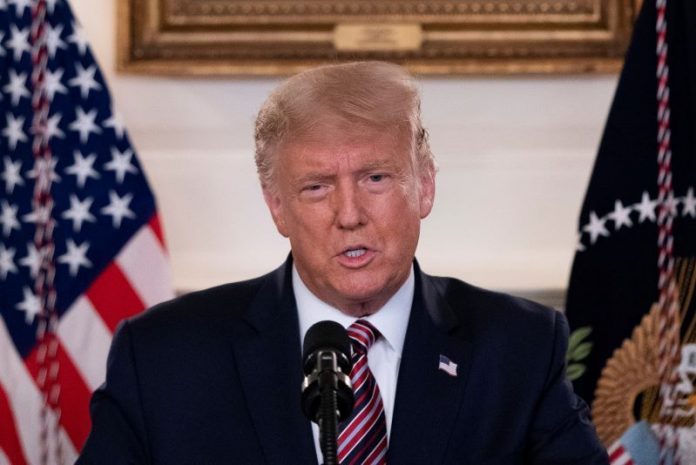 As of yet, there is, shockingly, no winner for the 2020 US Presidential election.

As the merciless statistics of those who died from COVID in the US pass 217,000 with no end in sight, as the president listens to the advice of a doctor not qualified in the immunology field over the world’s leading expert Dr. Fauci, as the economy tanks, as race hate is stirred to the boil in an evil witches brew I find myself asking why is this race even close?

Using my rule of thumb that Trump is probably three points higher in the polls than they are showing, the 2020 election becomes a very unpredictable contest.

The key states of Florida, Ohio, and Pennsylvania are clearly in play if you add in the three points from shy Trump voters, which gives us a lot to worry about.

Biden campaign manager Jen O’Malley Dillon issued a strong warning on Twitter on Wednesday about Democrats being lulled into a false sense of security by the polls.

“Early voting is already underway in many states,” Dillon said. “Millions of voters have already cast their ballots. But there is still a long way to go in this campaign, and we think this race is far closer than folks on this website [Twitter] think. Like a lot closer.”

Now: Early voting is already underway in many states. Millions of voters have already cast their ballots. But there is still a long way to go in this campaign, and we think this race is far closer than folks on this website think. Like a lot closer. (4/?)

She’s probably right, which leads me to my second question: how on earth can that be?

The low to mid-forties approval rating for the president is shocking.

Here is a man who proved utterly incompetent managing the coronavirus tragedy, a man who approved publicly of right-wing violent groups, a man who refuses to say whether or not he will accept the results of the election, a man who has shredded 75 years of foreign policy and coddled dictators like Putin while ignoring or insulting major allies like Chancellor Merkel of Germany.

The country’s reputation is dreadful overseas, yet well over 40 percent of America will vote for him, according to the latest polls.

The biggest supporters Trump has are non-college-educated white males who clearly feel utterly divorced from the new multi-cultural America. Time and again, I have seen them interviewed saying what they like about Trump is he tells it straight and they like him for that.

What they are not seeing is he is losing the battle against COVID, trying to take away their health insurance, giving tax breaks to the very wealthy, and fighting and losing a trade war against China that have already devastated farmers and will impact them in a second term.

There are millions of others obviously not offended by the clear positive signals to racist groups, the vicious denigration of perceived enemies, the continuous threats to jail opponents, and refusal to say whether or not he’ll accept election results.

If you were to ask me ten years ago would a candidate shooting such hate ever win in America, I would have said never. After all, Trump came in the wake of one of America’s greatest moments, the election of the first Black president, Barack Obama, whose victory seemed to tell us we had moved on from the bad old days.

Not so. Truth is, without the COVID crisis, Trump would likely have been re-elected, but he spectacularly failed his greatest challenge.

Yet so many still vote for him. Some who voted for Obama, now vote for Trump.

It is hard to accept what regressions like that mean. My conclusion, however, is just as the election of Obama was a truly gratifying moment, America may sink again into a welter of racism, corruption, and, yes, carnage.

Only Joe Biden stands between that and a return to America’s most glorious ambition as leaders of the free world. America got lucky that he was the Democrat chosen as he has clearly displayed the political skill to expose Trump, especially in the first debate.

So, in Joe I trust. If I am wrong, I fear for this great country.