One hundred years from now historians will debate when exactly Donald Trump stopped being president.

Most will date it to the start of the pandemic which even now, facing the worst public health crisis in American history, his most hardcore supporters still don’t believe is real.

I take a longer view. I date the end of Trump’s presidency to its beginning. His inauguration speech made it clear that he saw himself as president of those who voted for him, not of those who didn’t.

His guiding principle he told us would be America first, but anyone paying attention soon realized that it really meant me first.

Other people might date the end of his presidency to the day that it was announced he had contracted Covid-19 himself, an ignominious and inevitable development for a bombastic man-child who repeatedly mocked president-elect Joe Biden for wearing a mask and taking precautions to avoid infection.

But it’s undeniable at this point that we don’t have a president in any real sense of the word at all. Instead, we just have the lamest of lame ducks, an angry Florida senior rage tweeting batshit conspiracy theories between his endless golf outings (that are paid for by the American public).

Every one of his “this election was rigged “tweets really should be seen for what they are – an unvarnished grift for more money. If he actually tells his supporters “I lost, I’m done” then all his fundraising dries up. Can’t have that.

His supporters have always been his first and most important mark and like all the best marks – from Trump University to the Trump Foundation – they won’t know they’ve been suckered until long after the grift is over.

But it’s Shakespearian in its scope, this rapidly unfolding and Trump-defining national tragedy, although the language used in the current White House isn’t as insightful as the bard’s.

Out there in the wider nation, a great catastrophe has arrived, a needless one, one that should never have been politicized but simply guarded against from the beginning.

Dr. Anthony Fauci warned us this week: “I think January is going to be terrible because you’re going to have the Thanksgiving surge super-imposed upon the Christmas surge. So it’s entirely conceivable that January could be the worst.”

That’s right, the worst is still ahead of us but millions of Americans – primed by the president and Fox News – ignored all his pandemic warnings and did the thing they always do, gathered for a big sit-down dinner at the family table at Thanksgiving. If you were one of them you should assume, according to the CDC, that you are now infected with the coronavirus. 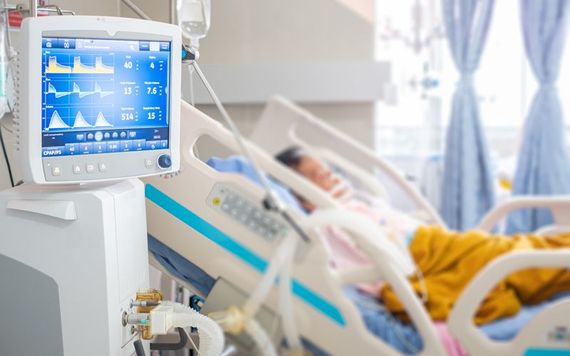 One American dies every 30 seconds of COVID-19 now. 14.2 million Americans are infected with it and at least 276,401 have died. It’s horrifying to contemplate the scale of the ruination.

Each few days now the entire number of people who died in the 9/11 attacks now die of COVID-19. To put an important context on this, just over 3000 people in total have died in Japan since the start of the outbreak (the Japanese heeded the advice to wear masks, not flout them).

It is not just Trump who is to blame for this crisis, but as the old saying goes the fish rots from the head down. This week the New York Young Republican club held an indoor, maskless photo-op to taunt non-conservatives and the anti-fascist group Antifa in New Jersey (they had to move the event out of state when the New York venue canceled).

More people died today from Covid in America than died in the Twin Towers on 9/11.

This here is a death cult. https://t.co/TOpptcqL2E

It is extraordinary to contemplate, after over a quarter of a million deaths, that people can still be this selfish anywhere in the country (the staff working this event were subjected to their dangerous irresponsibility against their will) but here are the next wave of the GOP breaking the law, every good health practice and simple common sense and decency to mock their political rivals.

Owning the libs has become more important to them than even – surviving. Clearly, there is a sickness affecting their party that has nothing to do with COVID-19.

Meanwhile, we have seen where that ignore your own health to own the libs message came from and what it has meant for the country and we are watching in real-time exactly where it leads now – to calamity.