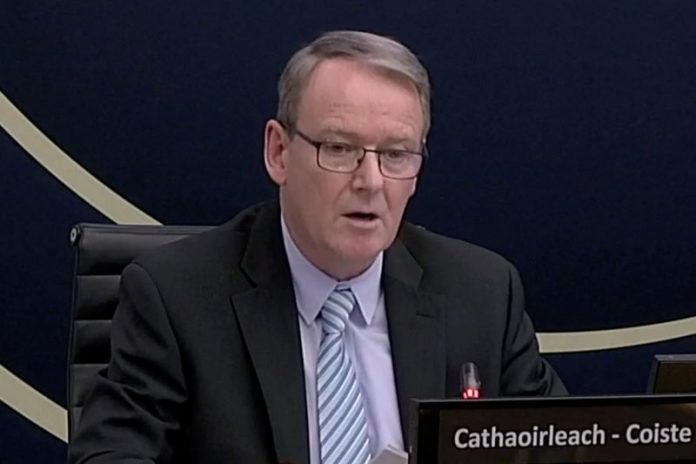 Fury has greeted the glorification by a Sinn Féin TD of the 1979 massacre when the IRA killed 18 British paratroopers in Warrenpoint, Co Down.

Sinn Féin TD Brian Stanley, who chairs the Dáil’s Public Accounts Committee, tweeted a comparison between the 1979 attack and the 1920 Kilmichael ambush in Co Cork when 17 British soldiers were killed, as well as three members of the War of Independence-era IRA.

Stanley claimed the incidents were “the 2 IRA operations that taught the elite of British army and the establishment the cost of occupying Ireland. Pity for everyone they were such slow learners.”

Following public outrage, Stanley, TD for Offaly-Laois, apologized quickly and deleted his tweet, but too late to prevent continuing anger that included demands for his resignation.

Taoiseach Micheál Martin condemned the “inhumanity” of the “mocking tone” of Stanley’s tweet.

Martin noted Lord Mountbatten and three others were killed on his boat at Mullaghmore, Co Sligo by the IRA on the same day as the Warrenpoint attack. He added, “Sinn Féin need to atone for what happened on that day.”

Coveney said this was “another case of the mask slipping” with a member of Sinn Féin “coming out with this bile.”

The First Minister of Northern Ireland and Democratic Unionist Party leader Arlene Foster said she intended to write to the Ceann Comhairle of the Dáil about the “shameful” tweet.

I will be writing to the Ceann Comhairle of the Dáil about this shameful tweet. Although deleted, it is outrageous that someone with such warped views can hold a senior position in the Dáil. SF talk about respect & equality but there’s not much sign of respect for victims. pic.twitter.com/dqMdWLI4rp

“He is very, very apologetic. He understands fully that the tweet was ill-judged,” she told RTE.

Asked how he would be disciplined, McDonald said, “He has apologized and he has withdrawn the tweet, that’s the most important thing for me. Secondly, I feel absolutely certain that I can assure you that this was a singular, one-off mistake by Brian Stanley and one that will not be repeated.”

On December 2, Stanley apologized during a sitting of the Public Accounts Committee: