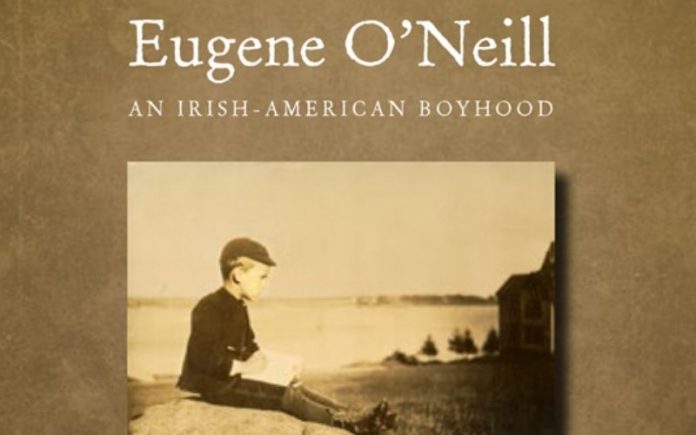 Irish-American Writers and Artists (IAW&A) will be holding a free virtual event this Saturday to illustrate the impact of Eugene O’Neill’s Irish-American upbringing on the famous playwright’s writing.

The virtual event creates a theatrical portrait of Eugene O’Neill’s childhood in post-famine New York, illustrating the impact Irish immigration would have on O’Neill’s writing.

The production has previously been staged at the Irish Consulate in New York and at the Eugene O’Neill International Theatre Festival in New Ross, Wexford and will include a strong cast, including IAW&A President Maria Deasy,Ciaran Byrne and Colin Ryan, all of whom are accomplished actors with strong affinities with O’Neill’s work.

Saturday’s virtual event will demonstrate how O’Neill’s Catholic upbringing and education played a role in his glittering career, which included four Pulitzer Prize Awards and the Nobel Prize for Literature.

Turlough McConnell, who wrote the play, said that Eugene O’Neill is an inspiration for any Irish-American working in the Arts.

“It’s a privilege to work with these three fine actors to present O’Neill and the impact of his Irish heritage on his life and work,” McConnell said. “It’s especially meaningful in collaboration with IAW&A whose mission is to ‘highlight, energize and encourage Irish Americans working in the Arts’.  No one represents this ideal more than Eugene O’Neill.”

Formed in 2008, IAW&A holds twice-monthly salons involving developing and accomplished artists, but the Eugene O’Neill production stands out because the famous playwright embodies the artistry of the organization.

IAW&A also holds an annual “Eugene O’Neill Lifetime Achievement Award” event, which is presented to an Irish-American artist whose work places them among the great artists and entertainers of all time. This year’s award will go to accomplished Irish actor Kate Mulgrew in an award ceremony on Dec. 7.

If you are interested in Saturday’s event, please send an RSVP to iasalon@hotmail.com.