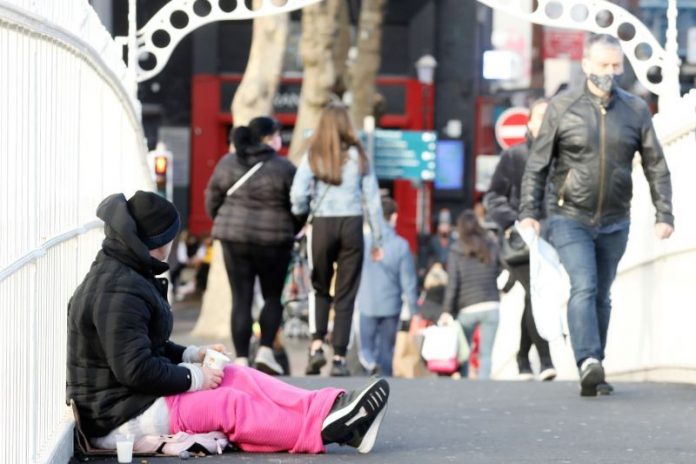 *Editor’s Note: This column first appeared in the December 2 edition of the Irish Voice newspaper, sister publication to IrishCentral

People usually spend their entire lives working out the first part, but the second? Solving that riddle has been one of the struggles of human history.

Why is this? Why do we have so much trouble understanding that everything and everyone connects?  What makes us think that if we prosper while our neighbors fail that it won’t at some point have some material consequences for how we live and what happens to us too?

Growing up, I used to hear my friends grouse about their love lives. I noticed that they all liked to say that no one else could possibly understand how it felt to be dumped by whoever it was who had just dumped them. My pain is unique in history, they would suggest, no one has ever suffered like me.

It used to make me laugh to hear them talk like this, but then it started making me contemptuous. What made them think that they were so special, so unique among men and women that their romantic travails had no human precedent and no solution? Who did these people think they were?

Because of our painful colonial history, the Irish have struggled with the question of what we owe to ourselves and what we owe to others like few nations on earth. It’s the question that has animated our national struggles, our rebellions, our revolutions, and even our present.

Answering it is no easy task, but you’d think, given the urgency of the question, that we’d be further along in the task.

This weekend, the Irish public, in a uniquely Irish fit of sentimentality and generosity, raised €6.2 million in a toy show charity appeal, to support children’s charities and causes around Ireland. Even better, most of the staggering haul of money was raised within three hours. In fact, the heavy volume of donations came in so quickly it caused the system to temporarily crash.

So there’s no question we understand that making donations helps ease the lives and opportunities of others, but does that awareness falter or stop when the people on the receiving end are no longer children?

There’s no question about it, sadly. By the time they become teenagers all bets are off.

Irish historians remind us that during the Great Hunger, Catholic landlords were among the most ruthless in the country, evicting tenants remorselessly even at the height of the crisis. But the Anglo Irish landlords certainly matched them for cruelty, scolding their tenants for their destitution and often forcing starving people to participate in lunatic public works programs like building unnecessary roads as they literally collapsed with hunger.

So poverty is rarely without its twin, condemnation.  This is because most of us cannot see a poor person without immediately experiencing the need to moralize or scold. What happened to you? Why did you let yourself fall so low?

We like to place our condemnation between ourselves and their reality, but it’s only to protect ourselves, and protect our sense of order. It’s a reflex that disappears when we encounter a rich person. We don’t feel the need to scold them for their good fortune quite as much.

This week, the Irish minister for housing, TD Darragh O’Brien, acknowledged that there are over 3,000 people living homeless in Dublin. That’s more people than lived in the Donegal town I grew up in. A total of 8,737 people are living in emergency accommodation nationally, including 2,642 children, and the numbers are only growing.

Who are we, what kind of people are we becoming, that we don’t consider this an international disgrace? Did the Great Hunger teach us nothing about how consequential it is for the nation to have so much misery in our midst? Did centuries of the forcible possession of our land and livelihoods by colonial powers teach us nothing at all about community and solidarity?

Here’s what Irish history teaches anyone who listens: the smallest divisible unit is two, not one. Either we rise together or we fall apart.

Surprisingly, some of our most senior politicians are still busy learning that hard lesson on their own right now, but Irish voters should never lose sight of it or they’ll live in a country that they won’t recognize soon.