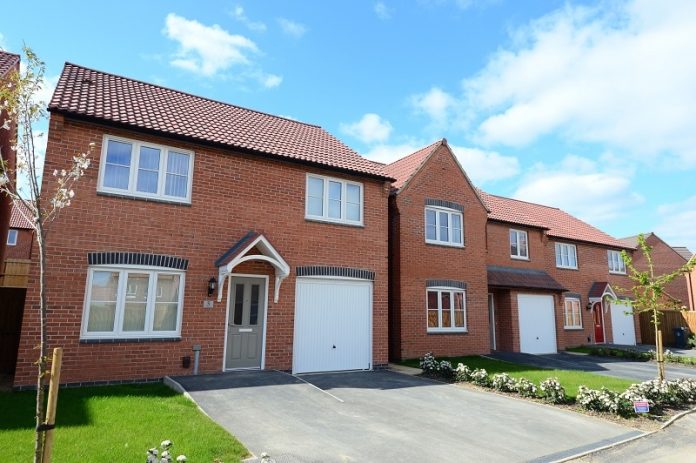 A new 266-home development on the western edge of Melton Mowbray is set to launch early next year.

Bellway East Midlands is building a selection of two, three and four-bedroom homes at Roman Gate, on land to the south of Leicester Road.

Plans for the development were approved by Melton Borough Council in November last year, with construction work getting underway on the 33-acre site shortly afterwards.

Claire Black, sales manager for Bellway East Midlands, said: “We have already received a great deal of interest in the new homes we are building at Roman Gate ahead of next year’s launch, which demonstrates the strong demand for new homes in this area.

“There will be a wide mix of homes available, including 11 dormer bungalows, so we are confident the development will cater for buyers at all stages of the property ladder. The site is just over a mile from the town centre and benefits from being just off the A607, making it a convenient location for people commuting to Leicester.

“Roman Gate will also include a play area to the south of the site and there will be extensive tree planting to create an attractive, green neighbourhood for residents.

“We are looking forward to opening our sales office early next year when visitors will be able to book a one-to-one appointment with a member of our sales team. In the meantime, I would encourage anyone interested in the new homes at Roman Gates to register for updates through our website.”

Roman Gate is part of a wider development of up to 520 homes which received outline planning permission in 2016, and which will deliver just over £6 million in funding for local services.

Developer contributions being made through the planning agreement include £4.5 million towards road improvements, over £530,000 for education, £500,000 towards sustainable transport services, and over £176,000 for policing.