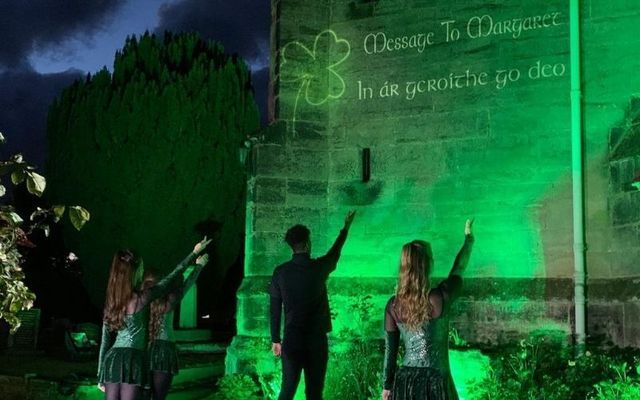 The Irish family for an Irish language phrase to be included on their mother’s gravestone will have their legal costs covered by the Church of England.

The family of Margaret Keane, an Irish woman who In England in July 2018 at the age of 73, has appealed a decision made by a Church of England ecclesiastical court that requires them to include an English translation of an Irish phrase on their mother’s grave, prompting a lengthy legal battle.

Keane’s relatives wanted to include “In ár cgroíthe go deo” (In our hearts forever) on her tombstone at St. Giles’ Burial Ground in Exhall, Coventry, but the Church of England ruled that they must also include the English translation because there was a risk that the Irish phrase might otherwise be interpreted as a political message.

The family has appealed the decision in the Arches Court of Canterbury and faced mounting legal bills, but the Church of England has now agreed to pay for the family’s court costs.

The family’s legal team has been working free of charge during the appeal, but the ecclesiastical court, which is separate from the Church of England, is entitled to charge significant fees. To date, Margaret Keane’s family has paid some £2,085.60 ($2,760) in court fees and has been refunded £42 and £129 on two separate occasions.

“This has been an immense burden to bear for a long period of time,” the family said in a statement.

The statement confirmed that the family will be reimbursed the outstanding £1,914.60 that they had paid to the Arches Court of Canterbury.

The Church of England will continue to cover the family’s future court fees in relation to their appeal against the ecclesiastical court’s decision, the statement confirmed.

“After enduring the agonizing burden of facing substantial costs, the family of Margaret Keane was very relieved to receive confirmation last week from the Church of England that sources within the church will pay for the family’s court costs in respect of their ongoing appeal to overturn the decision made by the Chancellor of the Dioceses of Coventry, Stephen Eyre, to refuse an Irish only inscription on their mother’s grave,” the statement read.

Meanwhile, the Keane family’s appeal has also been raised in British Parliament after Irish-born MP criticized the fact that Margaret Keane’s grave still lacked a headstone two and a half years after her death.

Labour MP Conor McGinn, born in Armagh and based in Merseyside, paid tribute to the family of Margaret Keane and said that their grief had been compounded by the fact that there was still no headstone on her grave as Christmas approached.

“Her family have said she is in their hearts forever – in ár gcroíthe go deo – and the entire Irish community in Britain feel the same way,” McGinn said in Parliament on Thursday.

It marked the first time an ecclesiastical case was ever mentioned in the House of Commons.

McGinn additionally told the Irish Independent that the Church of England’s decision to cover the Keane family’s legal costs was unprecedented and that it could point to a positive resolution early next year when the appeal is heard.