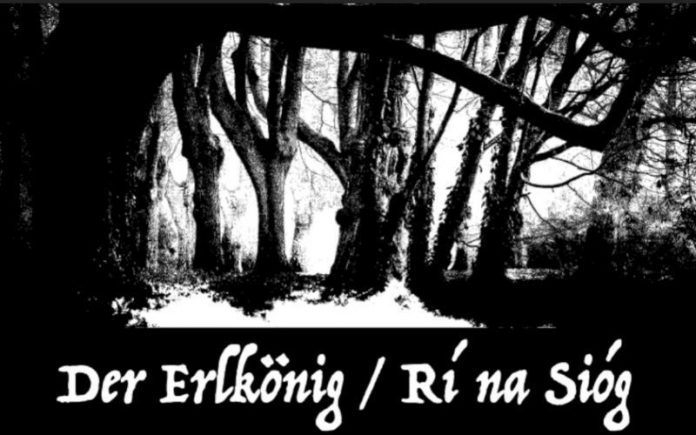 This Irish language translation of the spooky German poem “Der Erlkönig” is dramatically voiced for some extra horror.

Eoin Mc Evoy, who is an Educational Technologist at the University College Dublin School of Irish, Celtic Studies and Folklore, has shared his stunning Irish language translation of Johann Wolfgang von Goethe’s poem “Der Erlkönig” to help get us all thoroughly spooked before Halloween.

Mc Evoy told IrishCentral: “As the nights close in and the winds start to howl in the darkness, it’s the perfect time to dim the lights, light some candles and call to mind again the spooky stories and poems that have frightened us for centuries and kept us entertained during the long autumn and winter months.

“This terrifying 18th-century poem is as exciting today as it was the year it was written by Germany’s most famous poet Johann Wolfgang von Goethe.

“Its translation to Irish highlights the shared European heritage of Ireland and Germany and the sometimes sinister nature of the elves and fairies of the otherworld in the folklore of both countries.

“The fairy tales that inspired this poem, like the folk tales in Ireland, are not the Disney-esque stories of happily-ever-after but rather brutal and gritty stories of malevolent beings, of fear and of loss, which help us to learn as a people.”

Mc Evoy added: “I studied the poem in my German class in secondary school at Tullamore College and have always wanted to translate it to Irish. This year then seemed the perfect opportunity as all of us collectively seek to escape the clutches of elf-king that is Covid19.

*Cheers to Eoin McEvoy for sending this video our way! If you have something you’d like to share with IrishCentral, send an email to Editors@IrishCentral.com.