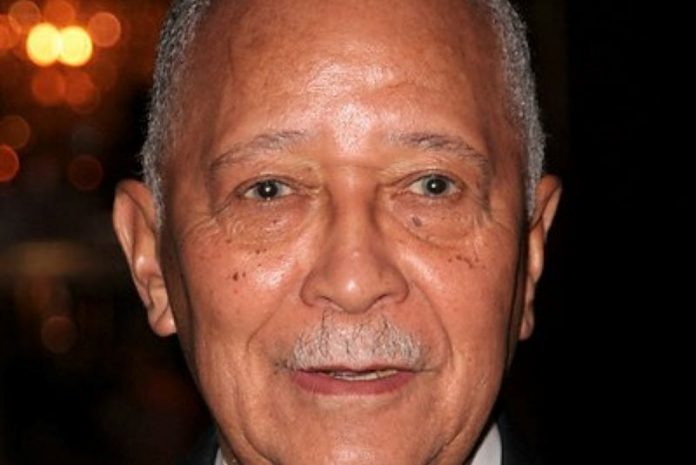 Mayor David Dinkins marched with the Irish LGBT community here in New York City when few others would and his gesture will never be forgotten.

Not forgotten either will be the hundreds of Irish Americans who lined the route shouting obscenities at the marchers, quite literally turning their backs on their own kids.

As The New York Times reported on March 17, 1991, at a reviewing stand filled with officials from the Ancient Order of Hibernians, some of the dignitaries removed their top hats in a show of respect for the Mayor, but many others turned their backs until both he and the Irish LGBT group had passed.

“It was like marching in Birmingham, Alabama” during the civil rights movement, Mayor Dinkins later told the Times. “I knew there would be deep emotions, but I did not anticipate the cowards in the crowd… There was far, far too much negative comment,” he said.

Beer cans were tossed at the Mayor and the Irish LGBT marchers, soaking them. Two Irish American men were arrested at the scene, which became as ugly as anything the participants had ever seen.

So in assessing Dinkins’s courage and leadership now, it’s important to understand the attitudes of the era. Instead of making peace between the parade organizers and the Irish LGBT groups, the then Cardinal John O’Connor arguably inflamed the anti-gay climate though his repeated condemnations of “homosexual activity,” during what was the most deadly health crisis that community had ever faced.

For years, O’Connor remorselessly fought every AIDS education program that distributed the one thing that successfully blocked the virus’s transmission: condoms. O’Connor also battled relentlessly against the city’s set of modest gay rights bills. The LGBT activists of the time certainly had no doubt about him – to them he was the most influential homophobe in the city.

It looks extraordinary from this vantage point but in 1987, O’Connor was the man that President Ronald Reagan appointed to a presidential advisory commission on AIDS.

Recall that Reagan himself had refused to even say the word AIDS until 1985 (after thousands of deaths, and he did little throughout his presidency to address the growing crisis).

An infamous White House Press briefing tape makes the GOP’s prevailing attitude abundantly clear. They simply thought it was a joke. It was happening to people of no consequence. The president did not need to pretend to care about them. The shocking tapes make it clear.

In a 2017 interview I conducted with the celebrated physician Kevin Cahill, who helped saved both Reagan’s life and that of Pope John Paul II, told me that in Congress in the early ’80s, there was “very little sympathy or understanding” for AIDS sufferers.

“In fact, Bob Kaiser, a very dear friend of mine now deceased, was head of infectious diseases for the Center for Disease Control (CDC) and he told me of one particular visit he made to a southern senator.”

When told that the people first being affected by AIDS were gays, drug addicts (and at the time, as it was thought, a special category that included Haitians), the senator, who was very senior in the public health service at the time, said, “Son, you aren’t describing a problem. You may have a solution.”

Cahill paused here, still shocked by the heartlessness. “That was a United States senator. That was what was going on in those years.”

Even The New York Times, presenting the 1991 St. Patrick’s Day story as a political standoff between the Ancient Order of Hibernians and what it repeatedly calls “the homosexuals,” used the language of the medical journal to describe the participants. The language itself was a kind of commentary.

So Dinkins’s principled decision to march alongside one of the most stigmatized groups in the city – in the company of noted Irish American leaders like Paul O’Dwyer and Niall O’Dowd – should be remembered and celebrated now as the act of courage and compassion that it was.

It took real courage to stand against so much prevailing prejudice and the threat of violence that undergirded it. Listening again now to the hateful jeers and obscenities filmed during that march day, it’s a powerful reminder of how very few in our Irish American community – or in wider New York leadership – had the guts to stand alongside their own friends and family on that day.

Dinkins did, and it mattered.