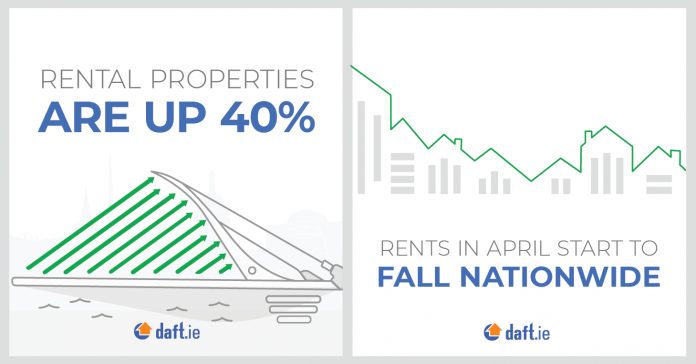 The three months since the last Rental Report have been, even by the rollercoaster standards of Ireland’s housing market, extraordinary. That report did find that a run of 29 consecutive quarters – over seven years – of steadily rising rents came to an end, even before the pandemic hit. But the commentary was dominated by the election, happening around the same time, and what was topping voter concerns was, based on the campaign and results, housing – in particular rental housing.

By mid-March, those concerns had been supplanted, temporarily at least, by the urgent need to stem the Covid-19 pandemic. This health crisis has transformed into a much wider economic crisis, with everyday life largely on hold until policymakers are happy that the healthcare system can handle some return to normality. The economic impact has been extraordinary, with unemployment – always a slippery concept to measure but even more so now – likely above 20% and central estimates by the government that domestic demand will fall by something like 15% this year, compared to last year.

Ireland has, somewhat unfortunately, a recent enough episode to help shape expectations of how this may affect the rental market. In the housing market crash that started in 2007, there was also a rapid increase in unemployment – from below 5% to above 15% – and a sharp fall in average incomes. These led to a 30% fall in rents between 2007 and 2010 (in Dublin – rents bottomed out at late as 2013 in some parts of the country). At a basic level, we should expect those dynamics to still be at play. Any increase in unemployment and any fall in incomes that lasts beyond lockdown would be expected to lower rents.

Nonetheless, there are key differences between 2007 and today – in particular the nature of the crisis. In 2007, the crash was the inevitable result of a mismanaged credit bubble, combined with policy-driven oversupply of the wrong housing types in the wrong locations. What happened in the years after 2007 was a much greater contraction in sale prices than in rents, in what was effectively the system rebalancing so that property prices reflected underlying fundamentals, rather than unrealistic expectations about the future.

But there is an important distinction between the immediate impact on quantities and the ultimate impact on prices. A segment like sales that can effectively close down until some semblance of normality returns may be less affected, especially if new normal were to look like old normal. In this regard, there is a critically important difference between now and 2007, the Central Bank’s mortgage rules. They have effectively stopped loose lending and unrealistic expectations from pushing up housing prices over the last few years – as they did so destructively between 2001 and 2007.

Indeed, it may prove the case that the rental segment is more affected than the sales segment in this downturn, unlike in the last. Ireland is an open economy, with significant migration in and out each year. Migrants are overwhelmingly renters and if Covid-19 brings about a downward shift in migration patterns generally, Ireland will notice that more than most countries. Similarly, while the long-term effects by sector are still unclear, it is likely that some of the hardest-hit sectors – such as hospitality and accommodation – will be ones where renters are concentrated.

The figures in this report do suggest the start of a Covid-19 impact on rental prices, with April rents down 2.1% compared to those in March. Rents are, perhaps surprisingly, still higher than a year ago but the prospects for the rest of the year must surely be for rents to fall as unemployment rises. 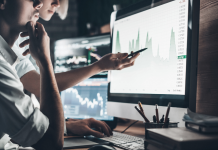 Where overseas investors own most properties