Commercial property specialists CBRE Ireland today released figures for the volume of industrial sales and leasing activity completed in Dublin in the second quarter of the year. According to CBRE,the Dublin industrial & logistics sector of the property market continued to perform well during the second quarter of 2021 with take-up reaching 60,150m2 during the three-month period – up more than 15% on the previous quarter. This brings total take-up in the Dublin market in the first half of 2021 to 112,199m2 compared to 134,509m2 in the same period in 2020. In addition, a large volume of accommodation is currently reserved, which will translate into transactional activity in due course, signalling a strong second half to 2021. Activity in the sector has been boosted by an increase in Ecommerce activity in the last 18 months although demand has also increased as a result of Brexit.

According to Marie Hunt, Head of Research at CBRE Ireland, “The industrial & logistics sector of the property market has been least impacted by the pandemic and has actually benefitted as a direct result. Although largely occurring in off-market processes, transactional activity in the industrial and logistics sector has been buoyant throughout the first six months of the year, with activity comprising a combination of large pre-lettings of new buildings as well as sales and lettings of existing facilities.  Activity has been largely concentrated in the Greater Dublin Area albeit there has also been encouraging activity in the Cork market in the period with several transactions signed in H1 2021 and other deals in active negotiations. The expectation is that this strong momentum will continue right throughout the Summer months with the second half of the year likely to be even busier from a transactional perspective as several large off-market transactions complete and feed into take-up numbers”.

According to Garrett McClean, Executive Director in the Industrial & Logistics team at CBRE, “A shortage of modern accommodation continues to be a significant frustration for industrial occupiers in the Dublin market with most new buildings being pre-let prior to practical completion.  It is therefore encouraging to see developers reacting to the shortage of standing stock and lodging planning applications for new schemes and additional phases of existing schemes”.

According to CBRE, there were 38 individual transactions signed in the Dublin industrial & logistics market in Q2 2021. 79% of the total volume of industrial take-up recorded during the second quarter of the year comprised lettings (28 transactions) with the remaining 10 of the 38 transactions or 21% of take-up signed in the period comprising sales. While demand for industrial accommodation fell quarter-on-quarter, this is reflective of a number of buildings being reserved as well as several requirements being satisfied during Q2. Prime industrial rents for new buildings in the capital remained stable at €113 per square metre (€10.50 per sq. ft.) at the end of the second quarter of 2021 but are expected to rise to €116.80 per square metre (€10.85 per sq. ft.) later in 2021 due to the weight of demand targetting limited opportunities.

Transactional activity in the industrial & logistics sector during Q2 2021 was primarily focused on the Dublin North East (M1) and Dublin North (M2) corridors, which respectively accounted for 44% and 17% of sales and lettings completed in the three-month period. CBRE say that prime industrial yields in Dublin remain stable at 4.25% at the end of Q2 but are likely to trend stronger in the coming months, potentially matching the yields being paid for prime office opportunities in the capital – a first for the Irish investment market but a trend that is also evident in a number of other European capitals at present as demand for industrial and logistics investments gathers pace. 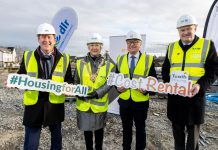 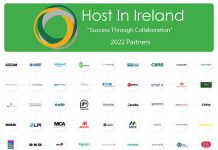 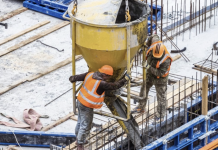