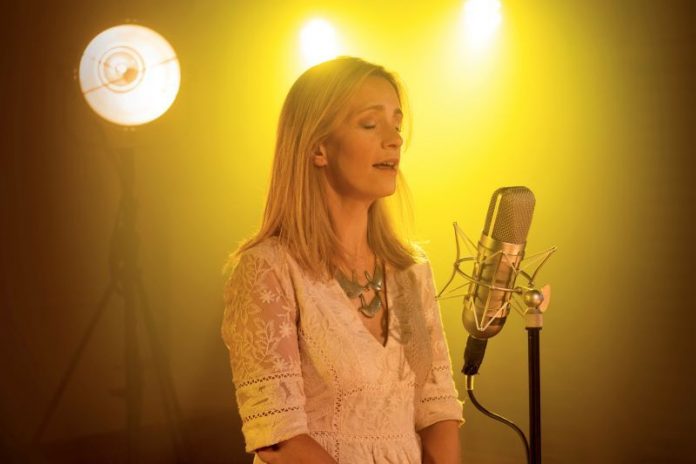 Cara Dillon’s ‘Live at Cooper Hall 2’ will be streamed right here on IrishCentral, as well as on Cara Dillon’s Facebook and YouTube pages, for free this Thursday, October 15 at 8 pm BST / 3 pm EST.

Really pleased to announce my second online concert “Live at Cooper Hall 2”. Sam and I recorded an entirely different…

IrishCentral was delighted to feature Cara Dillon’s first live stream performance from Cooper Hall on August 13, which you can watch back on here:

Irish folk artist Cara Dillon shares her first online concert, filmed at Cooper Hall in Somerset. She’ll be singing some of her most loved traditional songs from the North of Ireland. She’s made this free to view, but if you’d like to support her, you can do so by: ? Sending a tip ? donate-to-caradillon.co.uk ? Buying the digital download ? caradillon.bandcamp.com ? Buying merchandise ? caradillon.co.uk/shop

Cara Dillon, together with Sam Lakeman, returns with her second offering from the intimate setting of Cooper Hall in Somerset following the glowing reviews and overwhelming response to her first online concert.

The first Cooper Hall concert saw Cara and Sam deliver a brave and emotional performance which managed to capture that elusive quality which has escaped a host of lockdown concerts, a real sense of being present at a live concert.

The same team from Live at Cooper Hall returns for this special second concert which will see Cara and Sam performing an entirely different set of songs following the same warm and intimate path that was so highly praised by their fans the first time around. Dillon also reveals that she will be performing a song she has never performed before.

As before, the online concert will be free to view on Cara Dillon’s Facebook and YouTube, and it will also be available to download in high-resolution audio from Bandcamp afterward.

Born in Dungiven in 1975, surrounded and infused with the rich cultural heritage of her native County Derry, Cara has risen to become one of the finest exponents of traditional Irish song anywhere in the world. Possessing a rare and unique voice that has been lauded since her very beginnings winning the All Ireland singing trophy aged only 14. Together with her husband and musical partner Sam Lakeman, she has successfully steered an eclectic musical path defying the typical pigeonholes that hinder most artists in her genre. Celebrated for entwining traditional and contemporary elements she has earned both commercial success and astonishing critical acclaim.

Recent years have seen her return wholeheartedly to her Irish roots creating fresh interpretations of traditional standards with stunning results. Her reach is truly global with fans to be found all over the world with her clear, Northern Irish voice even seducing giants such as Disney who, in 2010, asked her to sing the title song to the animated movie “Tinkerbell and the Great Fairy Rescue.” She’s won many awards and accolades including “Album Of The Year” at the BBC Radio 2 Folk Awards, The Meteor Music Award for “Best Irish Female,” and Tatler’s “Woman Of The Year in Music” and has appeared in prestigious concert halls and at festivals the world over.

Always looking to introduce her voice and music to new listeners, Cara’s topped the charts with dance remixes, guest appearances, and, more recently, presented her songs with full orchestral backing bringing her music to an entirely new audience.

Whether she’s singing her native traditional songs of lost love and emigration, or original compositions, you will be hard-pressed to find a more emotive and captivating performer. Cara Dillon is at the very top of her field and one has the feeling she’ll remain there for a very long time.